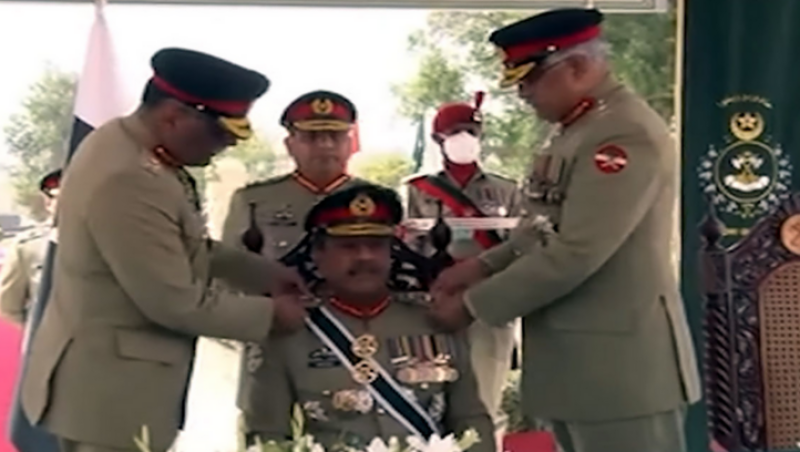 The CJCSC also laid floral wreath at the Yadgar-e-Shuhada and offered Fateha.

Speaking on the occasion, General Nadeem Raza lauded the performance of Infantry during war and peace.

The CJCSC highlighted the challenges being faced by Pakistan Defence Forces and reiterated the need to work with full devotion and commitment to overcome these challenges.

General Nadeem Raza emphasized on officers and jawans to devote their wholehearted efforts in further honing their professional skills.

“A professionally competent soldier would always overcome challenges with greater dignity and grace in the face of any test and advised them to make optimum use of training opportunity available to them,” the CJCSC said.

A large number of serving, retired officers, JCOs and soldiers of Sind Regiment were also present during the ceremony.