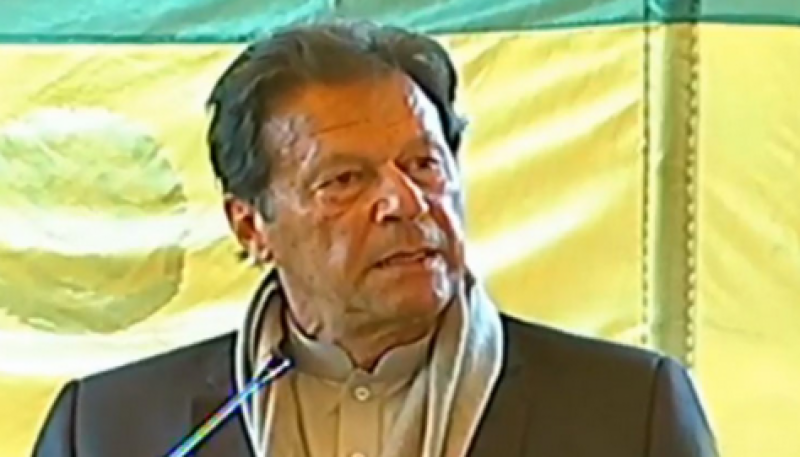 Addressing officers and jawans of the Frontier Corps and Pakistan Rangers in Nushki, the premier lauded the bravery of security forces for successfully repulsing the terrorist attack on a security camp in the area where four members of the armed forces, including an officer, were martyred.

PM Imran vowed to give a befitting response to the terrorists who were trying in vain to hamper the pace of progress, particularly in Balochistan.

“Pakistani nation was very resilient and strong and no acts of terror can deter them from moving forward,” the prime minster said.

He said that no armed forces in the world have faced the kind of war that Pakistani security forces are fighting.

PM Imran said that terrorists were receiving funds from anti-Pakistan elements to create anarchy in the country.

The prime minister said that he especially came to Naushki to express solidarity on behalf of the countrymen with the armed forces of the country.

“Not only me, but the whole nation stands with our jawans,” PM Imran said.

He observed that in the war against terrorism, the armed forces and law enforcement agencies had fought so bravely that had never happened across the world.

With their bravery and sacrifices, they secured the country from terrorists, he added.

PM Imran said that Pakistan Tehreek-e-Insaf (PTI)-led government was spending hugely on the uplift of Balochistan province with a number of mega development projects which had never been undertaken by any democratic government in the past.

He said that second phase of the China-Pakistan Economic Corridor (CPEC) will benefit Balochistan mostly, adding that the government had set aside funds for the construction of the Chaman-Quetta-Karachi highway.

Earlier, the COAS General Qamar Javed Bajwa arrived in Naushki to honour the Pakistan troops for their success and sacrifices made in a repulsing terror attack in the area on February 2.

In a statement, the Inter-Services Public Relations (ISPR) said that the COAS the army chief will spend the day with troops and also meet those who repulsed the attack.

The statement added that the army chief and the prime minister will both be given a comprehensive briefing later in the day. They will also meet local tribal elders, it added.

As per the ISPR, 20 terrorists were killed in the operation at Naushki and Panjgur.