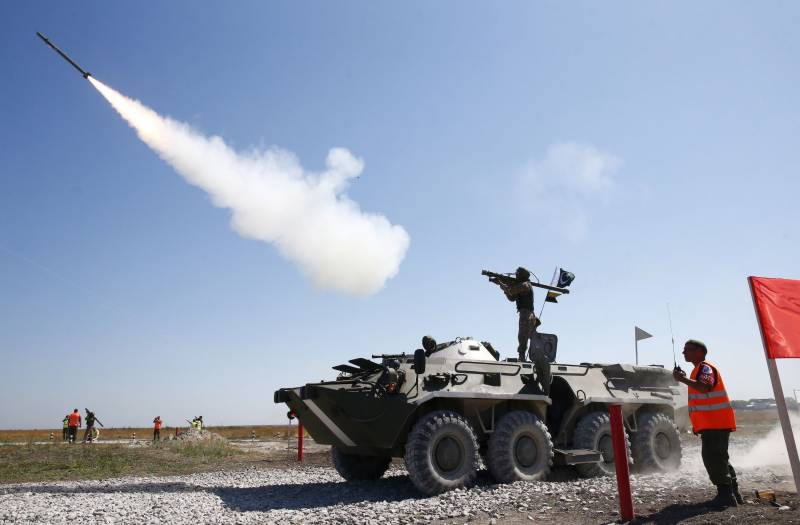 Today, South Asia’s fragile nuclear peace risks insolvency, with both India and Pakistan armed with expansive nuclear arsenals. Moreover, given their mutual rivalry, the prospect of limited nuclear exchange continues to loom large in the region. India’s deterrent strategy accounts for a two-front nuclear exchange with both China and Pakistan. How Pakistan’s nuclear doctrine merges into its strategic identity remains an open question. When Kenneth Waltz wrote of the “spread” of nuclear weapons rather than their “proliferation” in 1981, Pakistan was yet to count itself among nuclear weapon states.

Making deterrence work amid nation-state rivalry counts on the ability of the respective intelligence communities of nuclear states to constantly attenuate uncertainty about their rival’s present as well as prospective nuclear arsenal and doctrine. Today, both India and Pakistan continue to deploy considerable intelligence resources to track the other’s nuclear arsenal.

India, for instance, has taken a keen interest in Pakistan’s pursuit of a nuclear device going back to the 1970s and even earlier. Based on newly declassified Indian documentation I was able to access, what follows is an account of what Indian external intelligence knew about Pakistan’s intentions between the 1970s leading up to the 1990s – the decade that would end with both countries coming out as the world’s sixth and seventh declared nuclear powers.

For Indian intelligence in the 1970s, the focus in Pakistan was about its reprocessing capacity and centrifuges. This shifted in the 1980s to focus on the capability to produce an explosive device, and, finally, in the 1990s, focused on the nascent Pakistani missile program routed through China, which was eventually outsourced by China to North Korea.

Soon after the 1998 tests by both countries, Indian intelligence was looking at supply chains for Pakistan’s Shaheen-II ballistic missile, almost four years ahead of its first test in 2004.There was already specific knowledge available with India on Shaheen-I, including on the hardware that was involved in steering the missile. Additionally, New Delhi was not entirely convinced that Pakistan would not use choose to use non-nuclear chemical warheads for its missiles

The trail of documents begins with a Joint Intelligence Committee Report (dated February 24, 1976) titled “Pakistan’s Capability to Produce Nuclear Weapons.” This paper was an update to a JIC Paper from March 1975. It assessed that in absence of assistance for plutonium-239 or uranium-235, “Pakistan could not be in a position to explode a nuclear device at least for four years from now.” Further, the report noted that all was not well with Karachi Nuclear Power Plant. It had developed faults due to “leakage in boiler flow down valve which resulted in reactor poisoning.” It was shut down six times in 1975 with the largest one in mid-1975 when Canadian experts were recruited to repair the leakage of heavy water from the heat exchanger.

Moreover, in 1976, diplomatic cables from the Indian Embassy in Ottawa reveal that India was becoming aware of Chinese scientists’ presence in Pakistan. A Hungarian diplomat informed an Indian diplomat in Ottawa that the Canadian government was aware that Chinese scientists were being given access to facilities with Canadian material in Pakistan, despite the Karachi Nuclear Power Plant (KANUPP-I) coming under IAEA safeguards.

Pakistan was also sharing Canadian technical knowledge with the Chinese in return for military supplies. Henry Kissinger, then-U.S. secretary of state, had visited Pakistan in 1976, where he was attempting to forge Afghan-Pakistan rapprochement following the visit of Prime Minister Bhutto to Kabul. Kissinger’s secondary agenda was to probe the France-Pakistan nuclear agreement. According to briefings received by Indian officials in Washington, Kissinger and Bhutto agreed that on the nuclear issue, “both sides will avoid confrontation.”

By September 1977, India’s external intelligence Research and Analysis Wing (RAW) had begun to report on Pakistan’s plans in detail, issuing a report called “Pakistan — Clandestine Purchase of Nuclear Equipment and Materials.” Pakistan’s Atomic Energy Commission (PAEC) had set up a purchasing channel in Bonn, Germany, and Abdul Waheed, a cousin of General Zia-ul-Haq, oversaw the funds for these clandestine contracts. $11 million was already spent by Pakistan in Western Europe on plutonium technology, including the purchase of a “shearer” for use in its reprocessing facility.

The Pakistan explosive device program was coming together and, in 1981, a “Monthly Report” from the Indian Embassy in Islamabad warned New Delhi that “it is very likely that Pakistan will succeed in exploding a nuclear device, possibly this year.” The embassy also informed that “Zia was extremely keen to explode the nuclear device at the earliest possible.”

In the same year, J. N Dixit, who would go on to become India’s national security advisor (2004-2005), circulated a report entitled “Pakistan race to Nuclear Weapons” to all heads of missions. The note concluded that the question of whether “Pakistan has indeed embarked on a nuclear weapons program” could be answered affirmatively. Dixit assessed that “Kahuta, Islamabad, and Sihala form a sort of protected centrifuge triangle.” Kahuta was protected with Crotale surface-to-air missile systems. Pakistan had also gained the capacity to produce uranium hexafluoride.

India anticipated that Pakistan could conduct an atmospheric or underground test in Sindh, Balochistan, or the Northwest Frontier Province (Khyber Pakhtunkhwa today). Meanwhile, Soviet satellites had revealed information on Pakistani tunneling in the Ras Koh range. Alternately, the Indians anticipated that China could have hosted the first Pakistani test at Lop Nor. As one former official in the office of then-Indian Prime Minister Rajiv Gandhi told me:

…we were following AQ Khan’s movements. A deliberate subterfuge has been created by Pakistan that AQ Khan was running a rogue operation, so called “nuclear Walmart.” A.Q Khan was leading inter-governmental delegations. We knew where he went, whom he talked to i.e. each of his visits to North Korea and then his debriefings in China.

A 1981 brief prepared by the Indian Embassy in Washington also revealed Indian anxieties at U.S. President Ronald Reagan’s upgrading of U.S.-Pakistan relations, fortified by a $3 billion military aid package that included F-16 fighters and airborne warning and control system (AWACS) aircraft. In Zia’s talks with members of the U.S. Congress, “the nuclear question figured prominently,” the brief noted. In this year, Secretary East Eric Gonsalves had led an Indian delegation to Canada wherein India pointed out the Libyan connection to the Pakistan nuclear program. Indian information was that “Pakistan could have a plutonium-based explosion by the end of the year and have enriched uranium by 1983.”

U.S. officials meanwhile assured India that Reagan had conveyed to Zia “quite clearly that Pakistan’s acquisition of nuclear weapons would damage the entire new relationship worked out between the two countries.” Zia had publicly mentioned his proposal for a mutual inspection of nuclear facilities between India and Pakistan. Lawrence Eagleburger, Reagan’s undersecretary of state for political affairs, told Indian officials that “the [U.S.] administration found credibility in Zia’s nuclear disavowal,” but the Indians remained unconvinced.

In conclusion, Indian cold war era intelligence document reveal that Pakistan’s nuclear weapon program has thrived even in an environment of internal and regional uncertainties. Its leadership has historically fielded questionable nuclear peace proposals as a prelude to nuclear escalation. Speculative nuclear brinkmanship remains perhaps the last remaining viable argument available to the Pakistan government and military to influence new patterns of equilibrium taking place in the subcontinental region. The Cold War continuum suggests that China’s dominant voicing within Pakistan’s securitization will fasten Pakistan’s deterrence operationalization and will to re-demonstrate capability. Undoubtedly, Pakistan continues to view itself as the nuclear sword-bearer among the Islamic nation-states.

The story first appeared in The Diplomat.