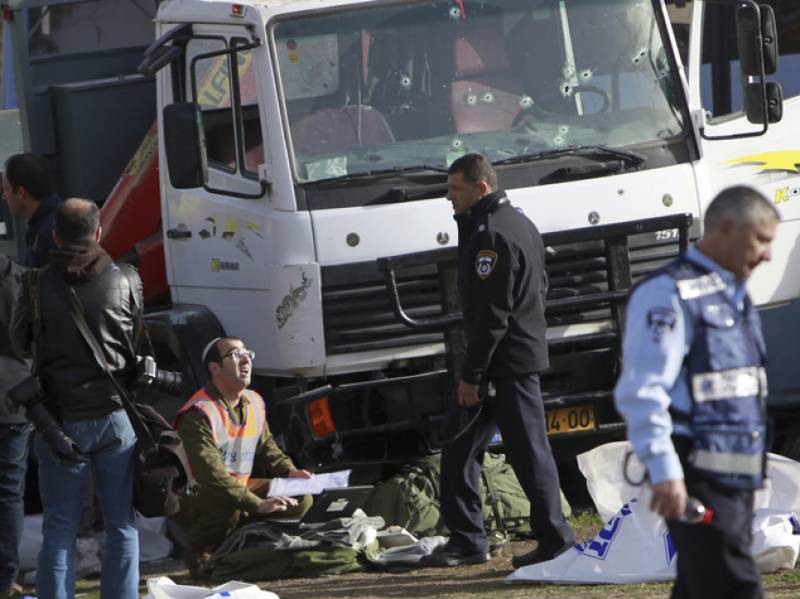 Jerusalem: Four Israeli soldiers are dead after a Palestinian rammed his truck on a group of soldiers. Seventeen soldiers are also badly wounded in one of the deadliest attack on Israelis.

Prime Minister Benjamin Netanyahu said the driver was a supporter of the Islamic State group, and suggested the attack was inspired by similar assaults in Europe, without providing any evidence. Palestinians with no known links to IS have carried out vehicular assaults in the past.

"We know the identity of the attacker. According to all the signs, he was a supporter of the Islamic State," Netanyahu said in a statement delivered at the attack site. "We know that there is a sequence of terror attacks. There definitely could be a connection between them, from France to Berlin and now Jerusalem."