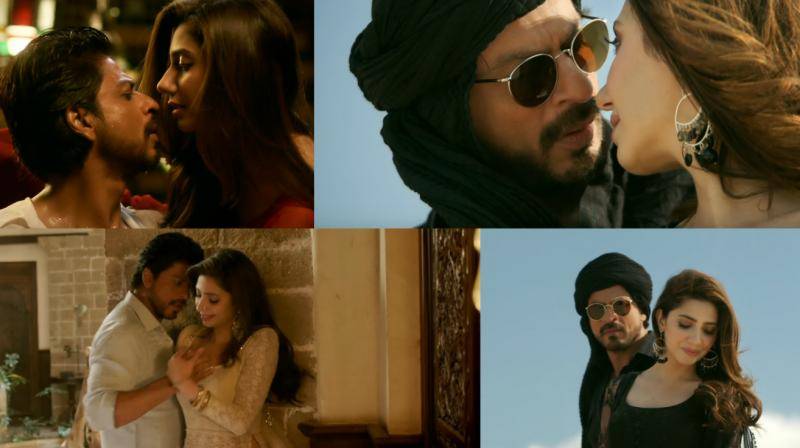 Zaalima was released on January 5 and is sure to leave you spellbound as it captures Mahira and SRK’s cracking chemistry beautifully.

Sung by Arijit Singh and Harshdeep Kaur, the song presents King Khan in his usual romantic avatar and Mahira looking like a million bucks.

Earlier, the trailer of the Rahul Dholakia directorial became the first-ever teaser of a Bollywood film to reach 21 million views within 24 hours.

The film’s trailer has set a new benchmark with maximum number of digital views for any Bollywood film, beating the trailer for Aamir Khan’s Dangal which had nine million views in 24 hours.