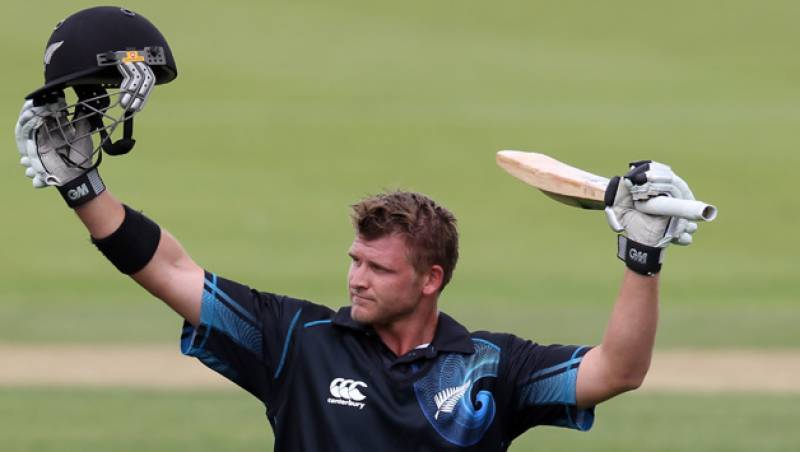 MOUNT MAUNGANUI: Bangali tiger met their nemesis at the third T20 when they lost the third T20 to Kiwis. The master blaster kiwi opener Corey Anderson posted 94 off just 41 balls as New Zealand beat Bangladesh by 27 runs in the third Twenty20 at Bay Oval on Sunday to clean the series 3- 0.

The match was always slipping out of Bangladesh hand when Anderson put on 124 runs for the fourth wicket with Kane Williamson (60), hit a New Zealand record 10 sixes in his batting blitz as New Zealand posted 194 for four.

Bangladesh in reply made 167 for six in their 20 overs.Tamim Iqbal and Soumya Sarkar launched Bangladesh´s reply by reaching 44 in the fifth over when Tamim was dismissed for 24.

Bangladesh were 89 for two after 10 overs, but with Soumya having fallen for 42, they could not sustain the run rate.The tourists still had an outside chance of reaching their target at 120 for three after 14 overs when spinner Ish Sodhi produced a crucially tight over in which he took one for three, blowing out the required run rate to an improbable 14.44 per over.

New Zealand captain Williamson said the blustery conditions meant the win was not as easy as it appeared on the scoreboard.