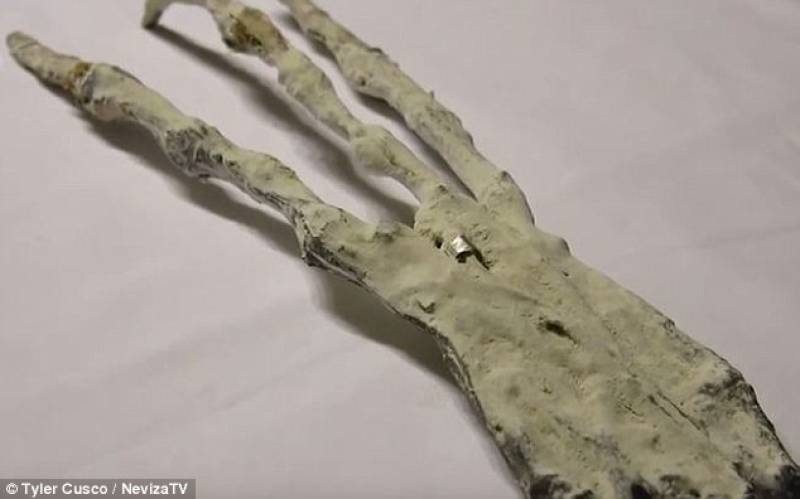 Peru: Search for alien life form is not new. In fact it has been going on for centuries. Various evidences of past suggest links between ancient civilizations and aliens. Aztec civilization is also one of them but lately a group of self-proclaimed paranormal researchers claim they have found a giant claw with belonging to an alien in caves in Peru.

They believe the 'giant three-fingered hand', which has fingers at least eight inches long and was allegedly found in tunnels near the ancient city of Cusco, belonged to an alien or ancient human-like creature. The group has so far refused to reveal exactly where the bones were found.

The group also claims to have found an elongated alien-like skull close to where they allegedly discovered the hand.

The claims have not been verified by a scientist or researchers from any recognised institution.

Brien Foerster, a 'paranormal researcher' who runs a tour company in Peru, was allegedly handed the mysterious item by the group.

He said he took the discovery to some unnamed 'experts' who conducted tests and found the hand had six bones in each finger. Humans have just five.

The 'research team' allegedly used x-rays to conclude the hand and skull were 'genuine biological objects', meaning they are real bone and contain skin tissues.

It is claimed the team now plan to conduct DNA testing on the mysterious discovery in the USA later this year.