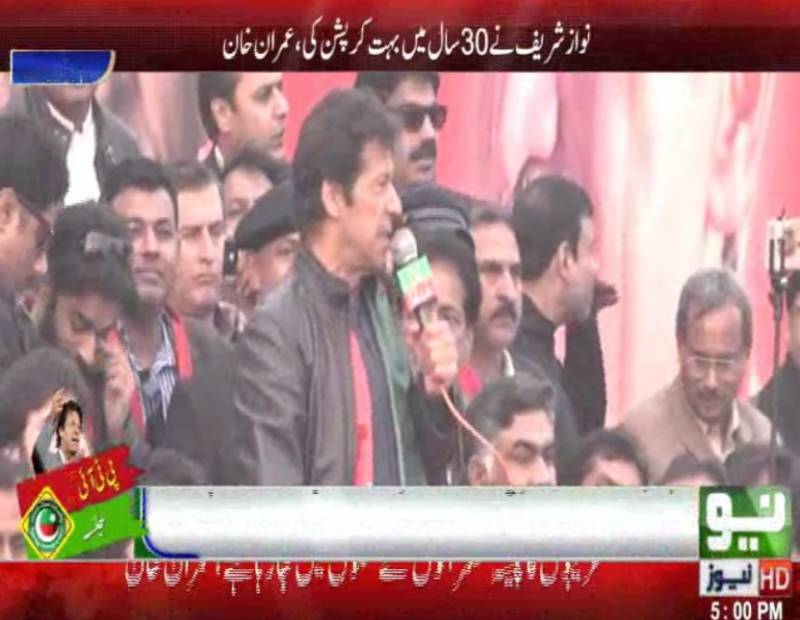 The Anti –Corruption slogans raised by the rally participants and addressers leave no option than to declare it as an “Anti –Corruption” Rally. While addressing to the public, the PTI chief said Prime Minister Nawaz Sharif’s daughter Maryam Nawaz is the main beneficiary of luxury flats in a posh London neighbourhood.

He further stated that corruption is a cancer which eats away the societies. He stated that Nawaz Sharif has a 30 Years history of corruption and he should be held accountable for it.

President Awami League, Sh. Rasheed said that at the age of 18 a youth is struggling for the issuance of his CNIC, Nawaz Sharif children have accounts and businesses worth billions. There is something wrong, too obvious to be denied.