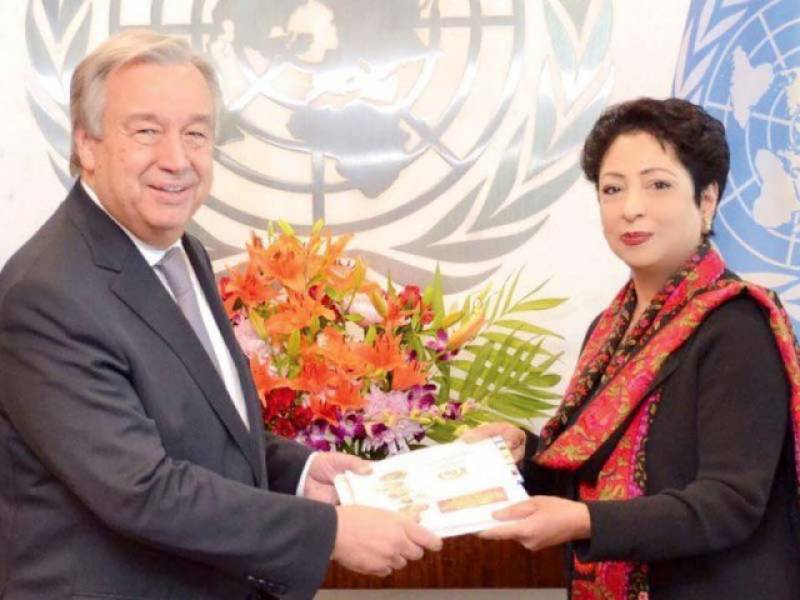 United Nations (APP): UN Secretary-General Antonio Guterres on Saturday offered to play the role of ‘an honest broker’ between Pakistan and India to ease tensions between the two South Asian neighbours.

Guterres, who assumed charge last week, made the offer after Pakistan’s Ambassador to the UN Maleeha Lodhi briefed him on the Kashmir issue, highlighting the positioning of Indian special forces in Occupied Kashmir’s Kupwara and Rajauri districts along the Line of Control and the Working Boundary, indicating another escalatory move.

Ambassador Lodhi told the UN chief that the new Indian deployments in recent weeks appeared to be ‘ominous’.

She handed over to Guterres a dossier on India’s interference and terrorism in Pakistan. It was a follow-up to the three dossiers submitted last October and contains additional information and proof of Research and Analysis Wing (RAW)’s interference in Pakistan and involvement in terrorism, particularly in Balochistan, Fata, and Karachi.

According to sources, Ambassador Lodhi told Guterres that Pakistan had shown immense restraint in the face of India’s war-mongering and exercised caution in responding to unprovoked Indian cross-border shelling over the past few months, despite the dangerous situation building up on many fronts.