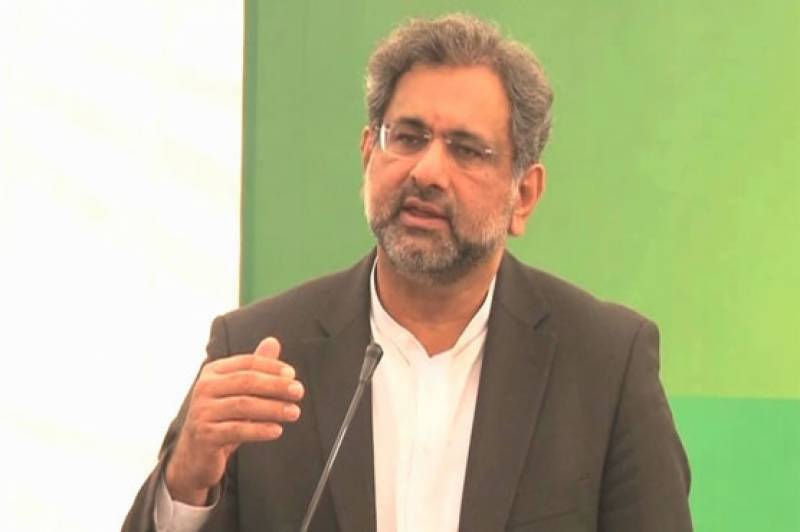 Sialkot (Web Desk):  Prime Minister Shahid Khaqan Abbassi on Monday, inaugurated international terminal of Sialkot airport and said that it is the first government which completed all conceived projects despite hindrances.

While addressing the ceremony, PM described the project as a milestone which will prove to be productive for the country.

The National Highway Authority (NHA) Chairman has given him a detailed briefing on the road infrastructure projects in the area, Abbasi revealed.

He said that Rs200 billion that are being spent on different projects in Sialkot will change the face of the city.

He went on to say that it is the first government which not only conceived projects but also completed them.

Further he expressed that we have completed power projects of ten thousand megawatts which were executed keeping in view the future requirements of the country.

The premier said: “Power projects of 10,000 megawatts have been completed and we have not only added electricity but also brought efficiency to it, adding that the reduced power tariff will also cut the industrial input cost.”