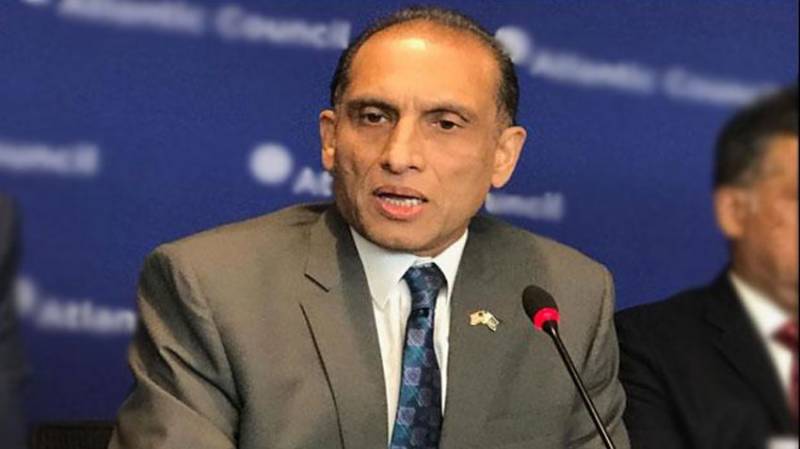 Islamabad (Web Desk): Pakistan's Ambassador to United States Aizaz Ahmad Chaudhry said that relations of Pakistan with China and United States had great importance and Pakistan had cooperated with US in the war against terrorism, adding that instead of praising its role, US is blaming Pakistan for its failures in Afghanistan which is totally unfair.

The ambassador said that Pakistan wants to continue joint efforts with the United States in the war against terror.

Aizaz Chaudhry said Pakistan had been bearing burden of more than 35 lakh Afghan refugees for four decades and US should help us for their return to homeland.

He said Taliban leadership had shifted to Afghanistan and Pakistan armed forces had destroyed all terrorists nurseries and there is no safe haven for terrorists in the country.