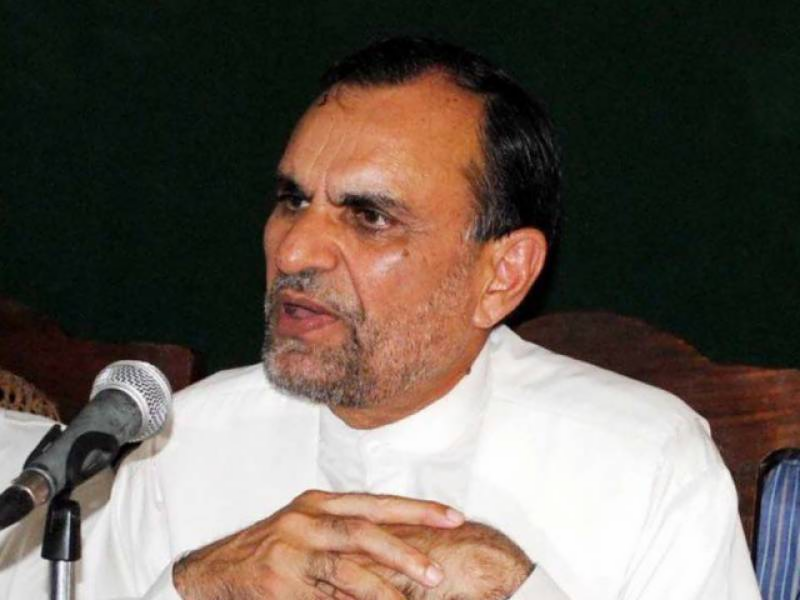 Islamabad (Staff Report): The Supreme Court (SC) on Tuesday forwarded the case pertaining to probe into the assets of former federal minister Azam Swati to the Federal Board of Revenue (FBR).

Chief Justice of Pakistan Justice Mian Saqib Nisar on Tuesday forwarded the probe into the assets of former federal minister for science and technology Azam Swati to the Federal Board of Revenue (FBR) and remarked that if any mis-declaration is proven then the court will see whether he is qualified or not.

During the hearing, Azam Swati’s counsel Ali Zafar informed the court that his client has resigned from the position of federal minister.

The chief justice remarked that Azam Swati has only resigned from the ministry, we are looking at this matter under Article 62 (1)(F) of the Constitution.”

“Does Swati qualify for remaining an MNA? His name is still appearing on the ministry’s website,” the CJP added.

The IGP told the court than an FIR has been registered an against Usman Swati, Jan Muhammad, Najeebullah, Jahanzaib and Faiz Mehmood.”

At this, the CJP inquired, “You did not do anything against the main person behind all this? Did you do nothing about him because he is an influential person?”

The CJP said that the Islamabad IGP was transferred on just one phone call.

Court Adviser Faisal Siddiqui then said, “The JIT has said that Swati did not have a role in the IGP’s transfer, however, the transfer order was issued the same day when the IGP did not answer his phone.

“We want to set an example that the rich and powerful cannot mistreat the poor. We will issued a notice regarding Article 62 (1)(F) of the Constitution to Swati as police will not register a case against him,” Justice Nisar said.

At this, the court adviser said, “The JIT report said that Swati did not declare two assets.”

The chief justice added that the JIT has suggested National Accountability Bureau (NAB) interference in some matters.

“Is there any forum other than the Election Commission of Pakistan (ECP) where this matter can be forwarded?” the top judge asked.

At this, Swati’s lawyer Ali Zafar said that his client is facing a criminal case, the court can direct the police to conduct a trial.

The chief justice, however, remarked, “The JIT report cannot be thrown in the trash basket.”

“The court can also direct FBR to probe Swati’s assets and this matter can be forwarded to the ECP through the Senate chairman,” he added.

At this, the court adviser said, “If it is a mis-declaration case then an inquiry can be conducted regarding his qualification under Article62(1)(f).”

The bench remarked that the FBR will investigate in light of the JIT report.

“If any mis-declaration is proven then Supreme Court will see whether Swati is qualified or not,” the chief justice stated.

“We respect the Parliament. Along with collecting testimonies, the Supreme Court has complete authority to conduct trials,” the CJP added.

Karakoram Highway cleared for all kinds of traffic: ISPR

The court adjourned the hearing till submission of the report on the matter.

On October 27, former Islamabad IGP Jan Muhammad was transferred after he allegedly refused to take action on a complaint by the son of Federal Minister for Science and Technology Azam Swati, regarding a fight over purported encroachment with a family at their farmhouse.

The SC had formed a JIT to probe allegations of misuse of authority, misconduct and encroachment against the minister.