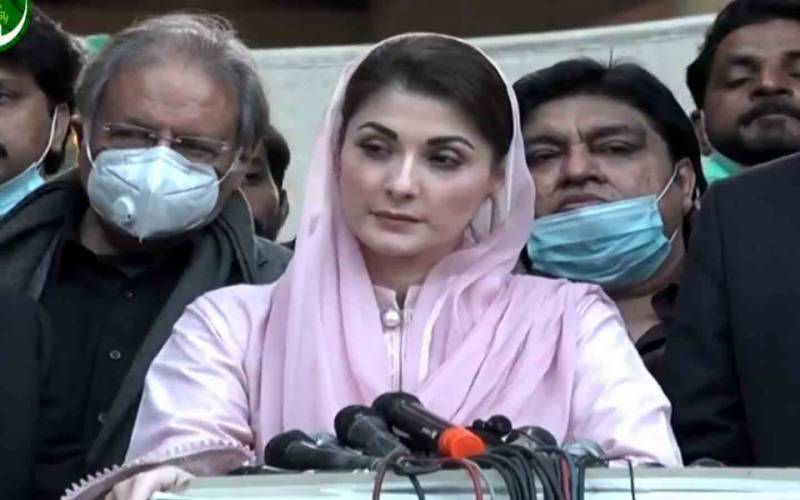 Addressing a press conference in Karachi, the PML-N leader said that she had never seen such a display of ignorance and ego in her entire life.

Maryam said that said the premier had stunned the entire nation with his remarks, asking if he would think the same way had it been his family.

Criticising the premier, the PML-N leader said that the nation wants to know the problem which prevented him from going and putting your hand on their heads.

"If this was due to obedience (tabedari), then the nation wants to know is obedience more important than the people's lives?" she said.

"If this is superstition then tell the nation so [it] knows the lives of 220 million people are not in the hands of any person or government but decided through superstition.

"If this is insensitivity and ruthlessness then tell the nation so we know not to look towards you in crisis and you won't come and call innocents blackmailers," Maram Nawaz added.

Earlier in the day, Prime Minister Imran Khan once again appealed to the Hazara families not to link burials of Mach massacre victims with the premier’s visit to Quetta.

Speaking at the launching ceremony of the Special Technology Zones Authority here on Friday, PM Khan said the government had assured the protesters that all their demands will be accepted.

“We have accepted all of their demands but one of their demands is that the dead will be buried when the premier visits. I have sent them a message that when all of your demands have been accepted and you don’t blackmail the prime minister of any country like this,” he maintained.

The Hazara community members are holding sit-in protest in Quetta along with the bodies of the slain miners for the past six days saying the burials would only take place if Prime Minister Imran Khan himself visited the camp to give them an assurance that the unabated targeted killing of the Hazaras would end.

On January 3, ten coal miners were killed and several others injured when terrorists opened fire on them in Mach area of Balochistan.