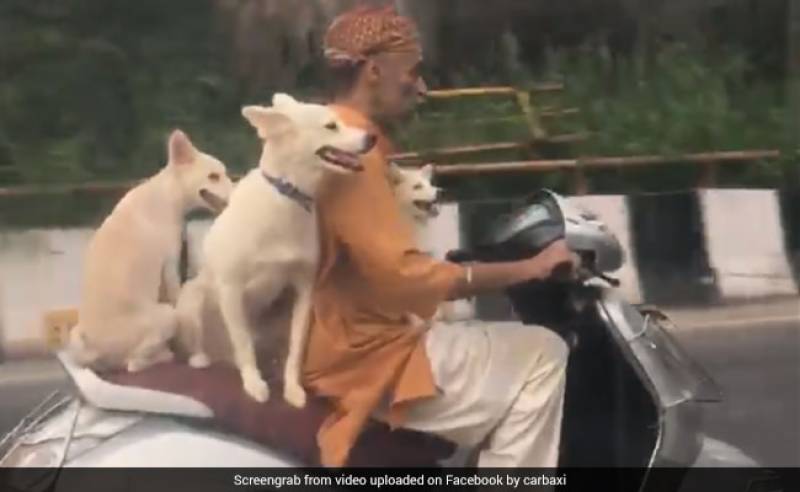 New Delhi (Web Desk): An extraordinary video of a man riding his scooter with a puppy sitting in front, even as two other dogs ride pillion.

The video is currently making people chuckle on social media where 23-year-old Indian Kahaan Baxi, who captured the unusual sight, says it occurred near the intersection of ITO and Vikas Marg in Delhi.

The video has left many marvelling at the dogs and their excellent balancing skills. The video has been viewed over 28,000 on Facebook times since it was shared on July 4.

Mr Baxi to Indian media says, "We were on our way towards Kalkaji on Tuesday evening, at around 6.15 pm, when we saw this man."

Another person says posting a picture of the dogs with their owner, "It's a very rare sight on the road and I think I have seen him before on NH 24."

Some have expressed concerns of it being risky while many have commented on the video saying that it's amazing.