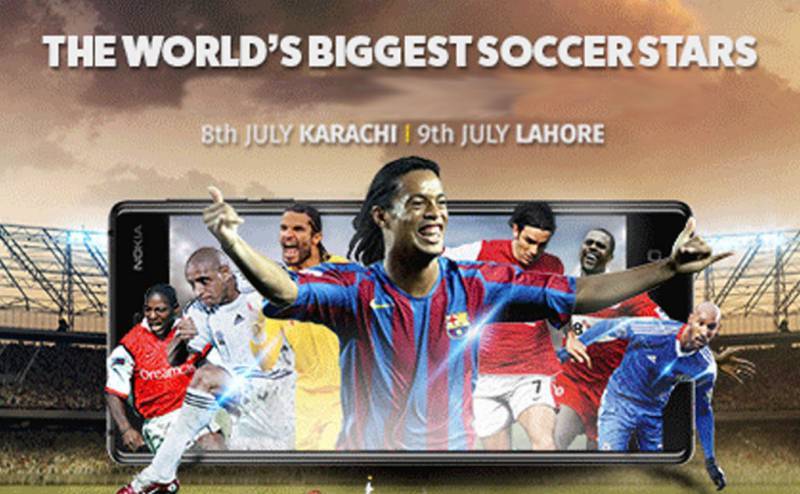 Ronaldinho will lead the team which will play two matches during its visit to Pakistan.

Before flying to Karachi for the inaugural game, Chief of Army Staff (COAS) General Qamar Javed Bajwa will also host a reception in honour of the visiting footballers later in the morning.

The first match will be played today (Saturday) at Karachi’s Hockey Club of Pakistan whereas second match is schedule to be played in Lahore on Sunday.

England’s David James and Dutch star George Boateng are also among the top former players to feature in exhibition games in Pakistan.