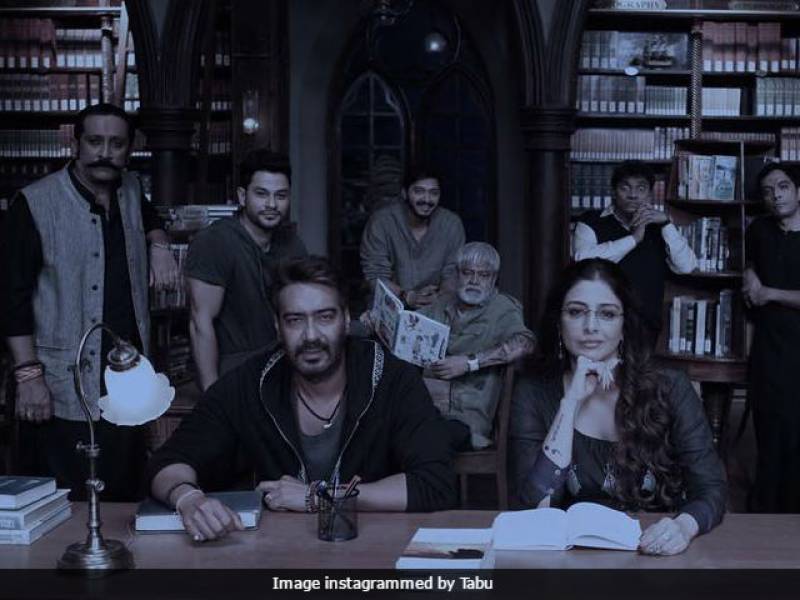 New Delhi (Web Desk): Indian renowned actress Tabu instagrammed a photograph from the sets of her upcoming film “Golmaal 4”, in which she takes the centerstage. The 45-year-old actress is accompanied by her director and co-stars, including Ajay Devgn, because of whom Tabu is still single (she told Indian magazine).

According to earlier details, Tabu told media that when they were young, her cousin and Ajay Devgn (who were neighbours and close friends) 'spied' on her and "threatened to beat up any boys who are caught talking to me." She added: "They were the big bullies and if I am single today, it is because of Ajay. I hope he repents and regrets what he did," she said. "I told him the other day to please find me a boy to marry." But all that is in the past now because Tabu and Ajay Devgn have made several films together like Drishyam (2015) and Vijaypath (1994). Their upcoming film is the Rohit Shetty-directed Golmaal 4, which also marks Tabu's return to the comedy genre. Earlie, Tabu performed in quite heavy especially last few films. She told Indian media, "I've wanted to do a light-hearted film for a long time, more so because my mother was fed up of me doing rona-dhona roles."