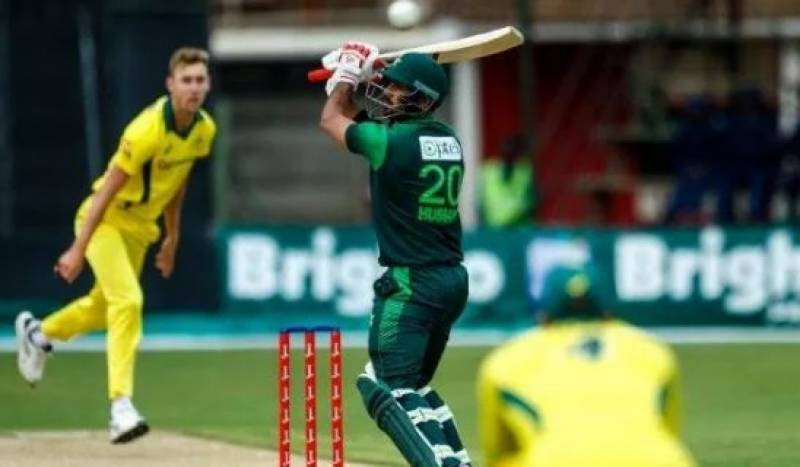 Harare (Agencies): Pakistan defeated Australia by six wickets in the final of the T20I triangular series on Sunday.

Zaman shared in a century stand with Shoaib Malik as Pakistan recovered from an early wobble in their pursuit of Australia´s 183 for 8, and Malik then showed all the experience of an 18-year international career to see his team home with an unbeaten 43.

It looked as though Australia had produced a masterstroke in opening the bowling with Glenn Maxwell´s offspin as debutant Sahibzada Farhan was stumped off the first ball he faced and Hussain Talat sliced a catch to point three balls later to derail Pakistan´s chase.

Australia threatened to storm to victory, but Zaman quickly set about re-building the innings. First, he added 45 with captain Sarfraz Ahmed to take his team out of immediate danger, and he then added 107 for the fourth wicket with Malik to seize the advantage for Pakistan.

When Zaman fell cutting out to deep cover, Pakistan still needed 30 from 24, but while Malik remained at the crease their chase was always safe.

Their ultimate victory capped a mixed day for Pakistan. Australia captain Aaron Finch was given a first-ball reprieve when he was dropped by Malik in the deep after top-edging a hook, and several misfields allowed any pressure with the new ball to be immediately dissipated.