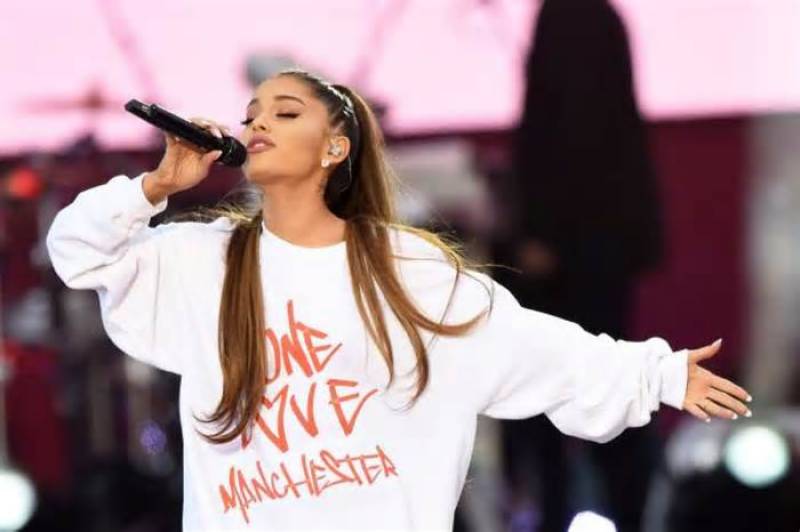 London (Web Desk): US singer Ariana Grande has resumed her Dangerous Woman world tour after it was interrupted by the Manchester suicide bomb attack.

The pop star resumed her Dangerous Woman tour at the city’s AccorHotels Arena, writing afterwards on Instagram, “Merci, Paris ♡ Je t’aime Grateful to be back”.

“Merci, Paris. Je t’aime,” the Dangerous Woman singer wrote on her Twitter account following the concert. “Grateful to be back!”

Following the tragic terror attack which took place at her gig two weeks earlier, Ariana made the announcement of her return with a photo of the Eiffel Tower.

She wrote: 'First show back tonight.  Thinking of our angels every step of the way. I love you with all my heart.'