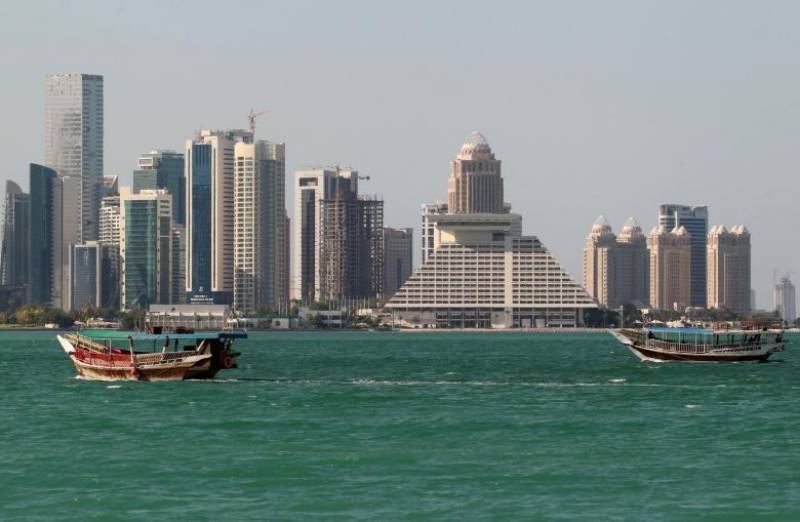 Doha, Qatar (Reuters): Gulf States increased the pressure on Qatar on Thursday as U.S. President Donald Trump and Kuwait's emir started efforts to end a diplomatic row of Qatar with Arab states that led to a blockade of their country, an investment powerhouse and supplier of gas to world markets.

With Trump offering to help resolve the crisis, possibly with a meeting at the White House, the United Arab Emirates cut postal links to Qatar, and close Saudi ally Bahrain reiterated a demand that Doha distance itself from regional foe Iran.

Bahrain, Saudi Arabia, Egypt, the UAE and several other countries severed diplomatic and transport ties with Doha on Monday, accusing it of supporting Islamist militants and their arch-foe Iran - charges Qatar says are baseless.

"It is a blockade! Like that of Berlin. A declaration of war. A political, economic and social aggression," a Qatari diplomat said. "We need the world to condemn the aggressors."

With food and other supplies disrupted and worries mounting about deepening economic turbulence, banks and firms in Gulf Arab states were seeking to keep business links to Qatar open and avoid a costly firesale of assets.

Turkey has brought forward a troop deployment to Qatar and pledged to provide food and water supplies to its Arab ally, which hosts a Turkish military base. Turkish President Tayyip Erdogan has said isolating Qatar would not resolve any problems.

The Abu Dhabi Petroleum Ports Authority also reimposed a ban on oil tankers linked to Qatar calling at ports in the UAE, reversing an earlier decision to ease restrictions, and potentially creating a logjam of crude cargoes.

Trump initially took sides with the Saudi-led group before apparently being nudged into a more even-handed approach when U.S. defense officials renewed praise of Doha, mindful of the major U.S. military base hosted by Qatar that serves, in part, as a launchpad for strikes on Islamic State jihadists.

In his second intervention in the dispute in as many days, Trump urged action against terrorism in a call with Qatari Emir Sheikh Tamim bin Hamad al-Thani, a White House statement said, suggesting a meeting at the White House "if necessary".

It said that Trump, in a later call with Abu Dhabi's crown prince, Sheikh Mohammed bin Zayed al-Nahayan, called for unity among Gulf Arabs "but never at the expense of eliminating funding for radical extremism or defeating terrorism".

Officials from Qatar and its Gulf Arab neighbors embarked on a quickening round of shuttle diplomacy, with the Qatari foreign minister due in Moscow and Brussels and Bahrain's king visiting his ally Egypt for talks on the crisis.

Qatar called for "dialogue and diplomacy".

The Qatari ambassador to Washington, Meshal Hamad al-Thani, wrote on Twitter that a key pillar of Doha's foreign policy was mediation. "Open channels of communication means venues for conflict resolution," he said.

But Saudi Foreign Minister Adel al-Jubeir said Gulf states could resolve the dispute among themselves without outside help.

"We have not asked for mediation, we believe this issue can be dealt with among the states of the Gulf Cooperation Council (GCC)," he told a news conference with his German counterpart during a visit to Berlin broadcast on Saudi state television.

The foreign minister of Oman met fellow GCC member Kuwait's emir for talks. The Kuwaiti leader went to the UAE and Qatar on Wednesday for talks on the crisis and is now back in Kuwait.

In the meantime, Qatar's neighbors kept up a drumbeat of criticism and warnings.

In an interview with BBC radio, UAE Ambassador to Russia Omar Saif Ghobash said Qatar had to choose between supporting extremism or supporting its neighbors.

"We have all kinds of recordings taking place where they (Qatar) are coordinating with al Qaeda in Syria," he said.

"Qatar needs to decide: Do you want to be in the pocket of Turkey, Iran and Islamic extremists? They need to make a decision; they can't have it both ways.

The Saudi newspaper al Watan published what it called a list of eight "extremist organizations" seen as working to destabilize the region from Qatar, including Qatar's al Jazeera news channel, that were targeted by Gulf Arab states.

Qatar has backed Islamist movements but vehemently denies supporting terrorism. It provides a haven to anti-Western groups such as the Afghan Taliban, Palestinian Hamas and Algeria’s Islamic Salvation Front. Qatar says it does not accept its neighbors' view that any group with an Islamist background is terrorist. Qatar's emir has said such a view is a big mistake.

In an interview published by Saudi-owned Asharq al Awsat newspaper, Bahraini Sheikh Khalid bin Ahmed al-Khalifa said conditions posed by the four countries for a resolution of the crisis were "crystal clear".

"Qatar has to redress its path and has to go back to all previous commitments, it has to stop media campaigns and has to distance itself from our number one enemy Iran."

Jubeir declined to confirm a list of 10 demands published by Al Jazeera, which included shutting down the widely watched, Doha-based satellite network. But he added that Qatar knew what it needed to do to restore normal relations.

In a sign of the economic damage from the dispute, Standard & Poor's downgraded Qatar's debt on Wednesday as the country's riyal currency fell to an 11-year low amid signs that portfolio investment funds were flowing out because of the rift.

UAE Minister of State for Foreign Affairs Anwar Gargash told Reuters more economic curbs would be imposed on Qatar if necessary and said Doha needed to make ironclad commitments to change what critics call a policy on funding Islamist militants.

He later told France 24 television that any further steps could take the form of "a sort of embargo on Qatar".

In a measure that cemented earlier UAE restrictions on air transport, the country's General Civil Aviation Authority said it had closed the air space for all air traffic to and from Doha until further notice.

Regional tensions have been aggravated by the worst dispute among Gulf Arabs for two decades and were ratcheted up further on Wednesday after militants attacked targets in Tehran, killing at least 12 people.