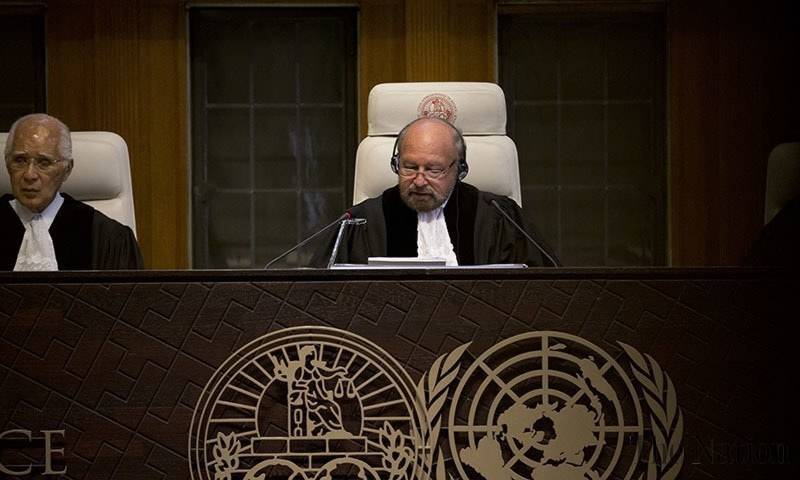 Islamabad (Online): Pakistan has decided to fight staunchly against India in International Court of Justice (ICJ) on the matter of the Kulbhushan Yadav.

Pakistan will be recommending three names to International Court of Justice (ICJ) for appointment as ad-hoc judges to hear case filed by India over convicted spy who is on a death row in Pakistan, Kulbhushan Jadhav.

A delegation led by Attorney General of Pakistan, Ashtar Ausaf will present the nominated names to the court.

Former chief justices of Pakistan (CJP) Nasirul Mulk and Tassaduq Hussain Jillani and former attorney general Makhdoom Ali have been nominated for the ad-hoc appointees at the ICJ.

Representatives of Pakistan will convene a meeting with President of the ICJ on June 8. Members who are to meet the ICJ chief include the attorney general and Director General (DG) of South Asia Affairs, Dr Faisal among others.

Pakistan’s counsel, Barrister Khawar Qureshi among two senior lawyers are part of the delegation as well. India took to the UN court last month seeking provisional stay to execution of Jadhav which was granted.

President Ronny Abraham who announced the verdict said, “Court considers it a failure on the part of Pakistan to present counselors to Jhadav. A link exists between the rights invoked by India and the provisional measures being sought by the state.”

India took the matter to the world court ‘ICJ’ last month seeking provisional stay to execution of Jadhav which was granted.