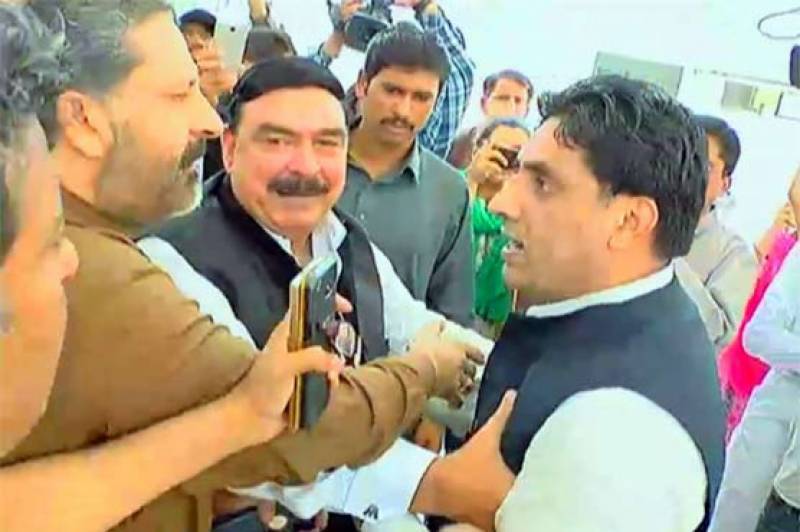 Islamabad (Staff Report): Awami Muslim League Chairman Sheikh Rasheed Ahmed faced an awkward scuffle outside Parliament on Thursday when a man accused him of not paying him Rs 2.2 million for the purchase of a vehicle.

As per details, the accuser — identified as Malik Noor Awan — intercepted Rashid at Gate 1 of the Parliament building and forcibly started demanding payment for Rs 2.2 million.

Malik Noor Awan who is president of Pakistan Muslim League Japan faction expressed that he sold a vehicle worth Rs 2.2 million to the legislator but the latter did not pay him the due amount.

When the face-off that happened outside gate number 1 of the parliament house prolonged, Sheikh Rasheed assured that man that he would pay him the amount soon.

However, the man refused to accept the verbal promise and demanded Rasheed to make a promise under oath in any mosque.

After Rashid managed to enter the building, he raised the issued during Parliament proceedings.

"I have repeatedly said Parliament is unsafe," he complained.

On his complaint, the presiding officer directed the deputy superintendent of police, Parliament and the sergeant-at-arms to arrest the harasser.

Security officials later took the person into custody and started investigating him.