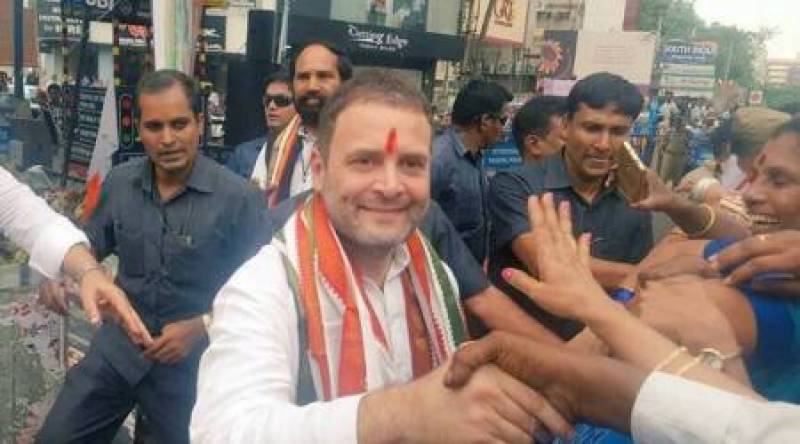 Mandsaur (Web Desk): Indian politician Rahul Gandhi was arrested for violating Section 144 on Thursday at the Neemuch border after his permission to enter Madhya Pradesh was denied.

According to Indian media, The Congress vice-president was travelling to violence-hit Mandsaur, Madhya Pradesh, to meet the families of labourers killed in police firing during their protest.

Curfew clamped in the violence-hit Mandsaur district in the aftermath of five farmers' death in police firing was relaxed for two hours for women and children.

Rahul Gandhi tried to break through the police barricades but was stopped.

After the incident, Gandhi tweeted that “Raj [and] MP governments are doing their best to prevent me from entering MP and meeting the families of the farmers killed in Mandsaur.”

In another tweet, he remarked “What law of the land says that it is illegal to stand in solidarity with farmers who were killed simply for demanding what is their right?”

According to MP police, Gandhi and other Congress leaders accompanying him would not be allowed to enter Mandsaur, which is currently under the curfew.

Indian media reported that over 700 policemen have been deployed at the Neemuch border.