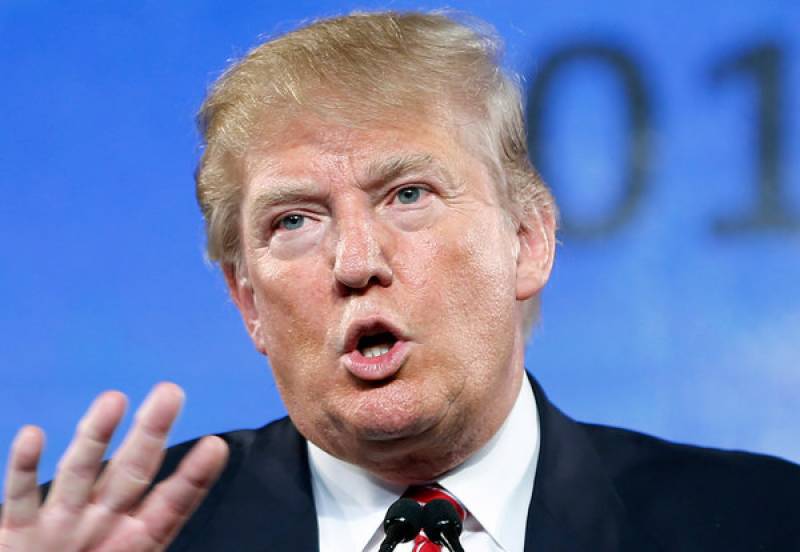 Washington (Web Desk): Donald Trump has called for talks to settle the Gulf diplomatic crisis in which Saudi Arabia and others have isolated Qatar in protest at its alleged support for extremist groups and its softer approach towards Iran, The Financial Times reported.

After lending his backing to Saudi Arabia’s clampdown, the US president called Sheikh Tamim bin Hamad al-Thani, emir of Qatar, on Wednesday. Mr Trump offered “to help the parties resolve their differences, including through a meeting at the White House if necessary”, according to a US statement released on Wednesday night.

The dispute pits important US allies against each other just as Mr Trump is seeking to forge an Arab alliance to counter Iran’s influence in the region. Qatar, the world’s top exporter of liquefied natural gas, hosts the US’s main military base in the Middle East.

“We have not asked for mediation, we believe this issue can be dealt with among the states of the Gulf Cooperation Council,” he told a news conference with his German counterpart during a visit to Berlin broadcast on Saudi state television.

Saudi Arabia, Egypt, Bahrain and the United Arab Emirates took the unprecedented decision to cut off their air, sea and land links to Qatar on Monday, accusing Doha of sponsoring terrorism in the Middle East.

Qatar admits supporting Islamist groups including the Muslim Brotherhood and Hamas, the Palestinian militants. But it denies backing terrorism. Kuwait has been attempting to mediate between the Gulf rivals.

Omar Saif Ghabash, the UAE’s ambassador to Russia, told BBC radio on Thursday that Qatar had to choose between supporting extremism or its neighbours.

“We have all kinds of recordings taking place where they [Qatar] are co-ordinating with al-Qaeda in Syria,” he said. “Qatar needs to decide: do you want to be in the pocket of Turkey, Iran and Islamic extremists? They need to make a decision; they can’t have it both ways.”

Turkey on Wednesday threw its weight behind Doha, fast-tracking plans to deploy extra Turkish troops to Qatar, potentially putting Ankara on a collision course with Riyadh.

Recep Tayyip Erdogan, Turkey’s president, said it was wrong to impose sanctions on Doha. “It will not contribute to solving any problem to try and isolate in this way Qatar, which we know for sure has fought very effectively against terrorist groups,” he said.

Turkey’s parliament adopted a law on Wednesday night to allow Turkish troops to be stationed on Qatari soil. Turkish officials were eager to stress that the country wanted to be seen as neutral in the dispute.