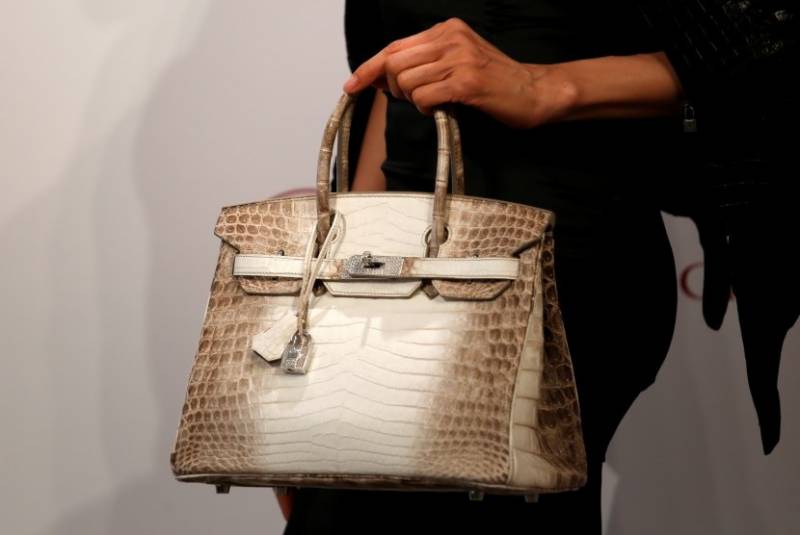 Paris, France (Web Desk): The hand bag by Hermès set a world record after being sold for a jaw-dropping $380,000 at a Hong Kong auction.

A matte white “Himalaya” crocodile skin Hermès Birkin bag with 18-karat-gold buckles and strap loops encrusted with 205 diamonds, sold for the highest price of any handbag ever sold at auction, according to Christie’s.

The previous record holder was also a Birkin - a pink diamond-studded Hermès Birkin to be precise, which was sold at auction for $222,000 last year.