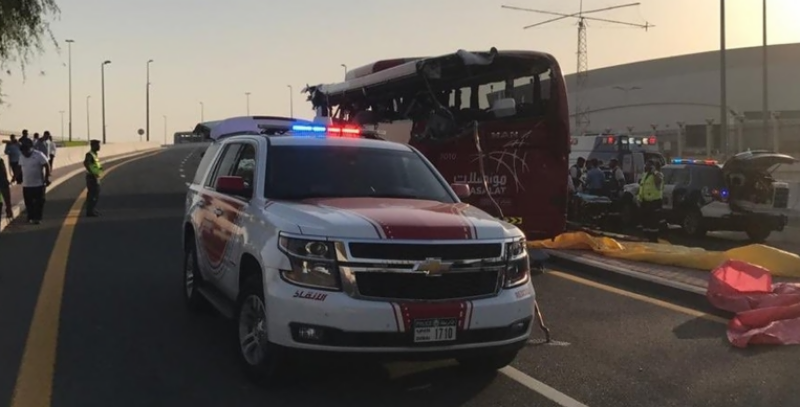 Dubai (Web Desk): At least 17 people, including 12 Indians and two Pakistani nationals, were killed and several others injured when a bus crashed into an overhead road sign in Dubai on Thursday evening.

According to Dubai police, Oman-registered vehicle was carrying 31 passengers when the crash occurred on Sheikh Mohammed bin Zayed Road.

The driver, who is in his 50s, is receiving treatment for minor injuries and an investigation is underway.

As per the India’s Dubai consulate, at least 12 Indian nationals were killed in the accident and the names of the dead were listed.

Dubai police while offering its "sincere condolences" to the families of those killed in the crash, said that an investigation into the incident was underway.

"Sometimes a small mistake or neglect while driving a vehicle can lead to dire consequences," Dubai police chief Lieutenant General Abdullah Khalifa al-Marri was quoted as saying in a police tweet.

Oman's National Transport Company, which owns the bus, also tweeted its condolences and said it would suspend its trips between the Omani capital and Dubai until further notice.