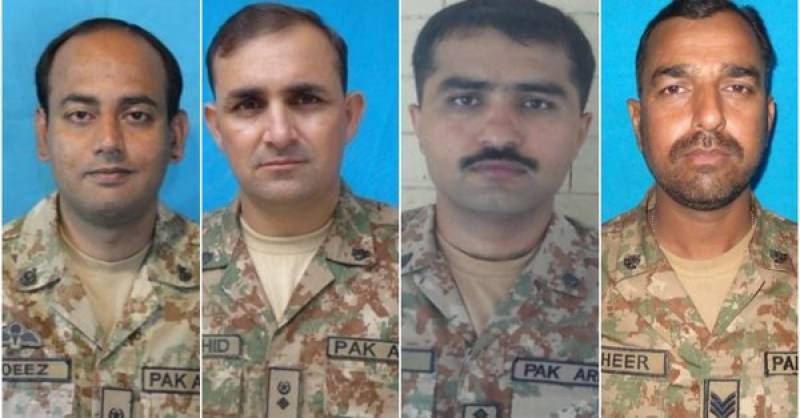 Rawalpindi (Agencies): At least four Pakistan Army personnel were martyred and four others injured in a landmine blast in North Waziristan on Friday.

According to a press release issued by the Inter-Services Public Relations (ISPR), three army officers and one soldier were martyred in a blast caused by an improvised explosive device (IED) in Kharkamar area of North Waziristan.

This is the same area where forces had conducted search operations and arrested few facilitators, the ISPR added.

The ISPR further said that 10 security personnel embraced martyrdom and 35 others got injured during last one month.

Prime Minister Imran Khan also condemned the attack on security forces and expressed his sorrow over the loss of precious  lives of Pakistan Army personnel.

“Deeply saddened to learn of the shahadat of three officers and one soldier from a terrorist-planted IED blast in Kharkamar, N.Waziristan. My condolences to the families of the Shuhada and prayers for recovery of the injured,” the PM said in a tweet.

“I salute the sacrifices and bravery of our soldiers in keeping us safe. The whole nation stands behind them,” the prime minister added.