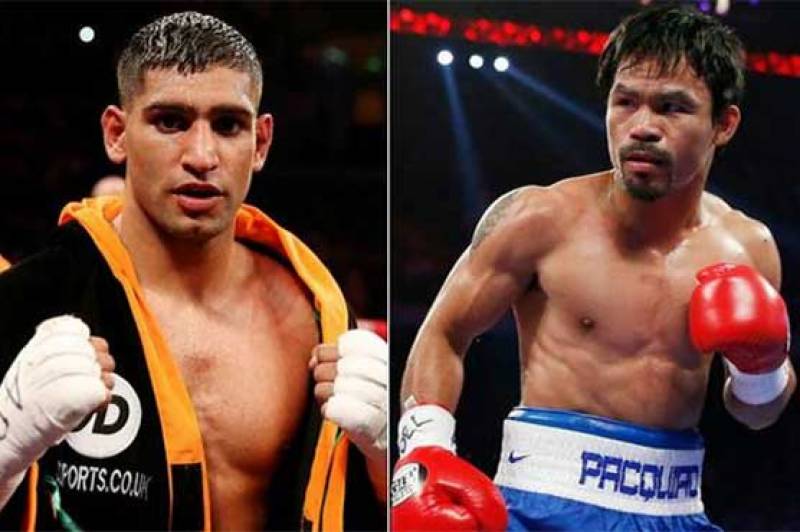 Los Angeles: Pacquiao’s long-time promoter Bob Arum told the newspaper that the proposed $38 million fight between Amir Khan and Manny Pacquiao to be staged by the United Arab Emirates in April had proven to be "pie in the sky."

"When they contacted me, I told them it was pie in the sky, that this is crazy, it’s not going to happen," Arum said.

Arum still held out the possibility of a fight between Pacquiao and Khan later this year, for "realistic numbers", stating that the suggested purse for the UAE fight had never been likely.

In the meantime, welterweight champion Pacquiao was likely to revert to an original plan to fight Australia’s Jeff Horn at a venue to be determined, the Times reported.

Both Pacquiao and Khan had announced their fight within minutes of each other on Twitter last month.

Pacquiao, 38, announced a brief retirement last year but made a successful comeback against Jessie Vargas in Las Vegas in November, saying he still felt like a youngster.

Pacquiao had said he was retiring to focus on his new role as Philippine senator, after winning elections last year on the back of his sporting fame.