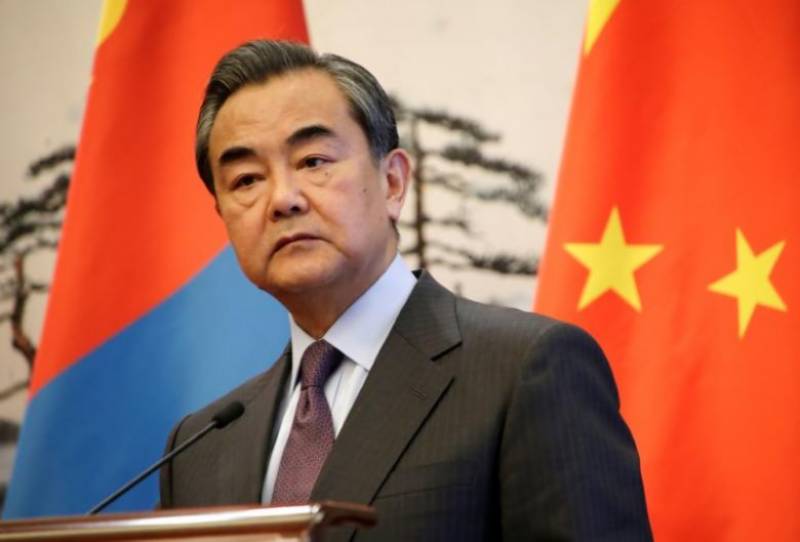 Earlier on Monday, North Korea launched four ballistic missiles in response to the military exercises, angering South Korea and Japan with the latest in a series of ballistic missile and nuclear tests in defiance of United Nations resolutions in recent months.

Wang stated that those tests and the drills were causing tensions on the Korean Peninsula to increase like two accelerating trains coming toward each other.

"China's suggestion is, as a first step, for North Korea to suspend nuclear activity, and for the U.S. and South Korea to also suspend large-scale military drills," he said at his annual news conference on the sidelines of the meeting of China's parliament in Beijing.

He further added, this "dual suspension" would allow all sides to return to the negotiating table.

Wang said, "Holding nuclear weapons won't bring security, using military force won't be a way out. There remains a chance of resuming talks; there is still hope for peace."

The deployment of the anti-missile defense system was likely to deepen a brewing conflict between South Korea and China, which has angrily opposed the THAAD deployment as destroying the regional security balance.

The planned THAAD installation, which South Korea has said would be operational by the end of the year, has led to a diplomatic standoff between China and South Korea.

Chinese authorities have closed nearly two dozen retail stores of South Korea's Lotte Group, which approved a land swap with the military last week to allow it to install the system.

China objects to the THAAD deployment, saying its territory is the target of the system's far-reaching radar. South Korea and the United States have said the missile system is aimed only at curbing North Korean provocations.

China is isolated North Korea's most important supporter, but Beijing has been angered by its repeated missile and nuclear tests and has signed up for increasingly severe U.N. sanctions against Pyongyang, including suspending coal imports.

China has also rejected accusations from U.S. President Donald Trump that Beijing could be doing more, saying the problem was ultimately between Washington and Pyongyang.