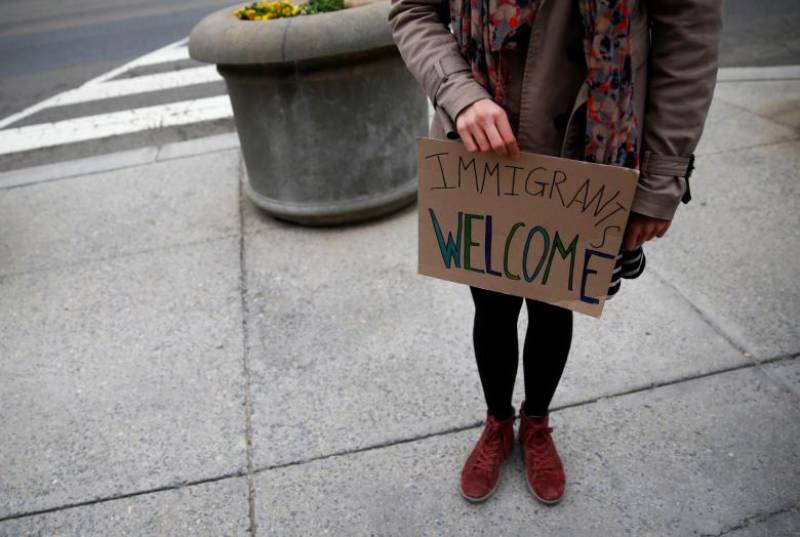 San Francisco, United States (Reuters): American state of Hawaii said that it will ask a federal court on Wednesday for an emergency halt to President Donald Trump's new executive order restricting travel from six Muslim-majority countries, becoming the first state to challenge the ban in court.

In a court filing on Tuesday, Hawaii said it would seek a temporary restraining order against the new travel ban. Hawaii's suit against the original executive order was put on hold.

Earlier this week, the Trump administration issued the new executive order that supplanted an earlier, more sweeping one which had been challenged in court by several states in addition to Hawaii.

The new order is much more narrowly tailored than the first one issued in January. It keeps a 90-day ban on travel to the United States by citizens of Iran, Libya, Syria, Somalia, Sudan and Yemen but excludes Iraq, and applies the restriction only to new visa applicants

Neal Katyal, one of the lead attorneys for Hawaii, said in an interview, "To be sure, the new executive order covers fewer people than the old one." He said the new travel ban still "suffers from the same constitutional and statutory defects."

The Justice Department said in a statement, "We are confident that the president's actions are lawful to protect the national security of our country."

In a joint filing, Hawaii and the U.S. government asked for oral arguments in the case to be held March 15, a day before the new travel order is set to take effect.

Separately, in a case brought by Washington State against the first Trump travel order, the Justice Department on Tuesday said it would voluntarily dismiss its own appeal of a Seattle federal court ruling that had suspended the order.

The filing said that Washington State did not oppose the administration's request to end its appeal.

Immigration advocates said the new ban still discriminates against Muslims and fails to address some of their concerns with the previous directive. Legal experts said the new ban would be harder to challenge because it affects fewer people living in the United States and allows more exemptions to protect them.

Washington state Attorney General Bob Ferguson on Monday said his office was evaluating whether it would challenge the new order and would likely decide this week.

Washington attorney general spokesman Peter Lavallee said on Tuesday that appeals court ruling has not been withdrawn and its legal reasoning can still be cited as precedent in future cases.