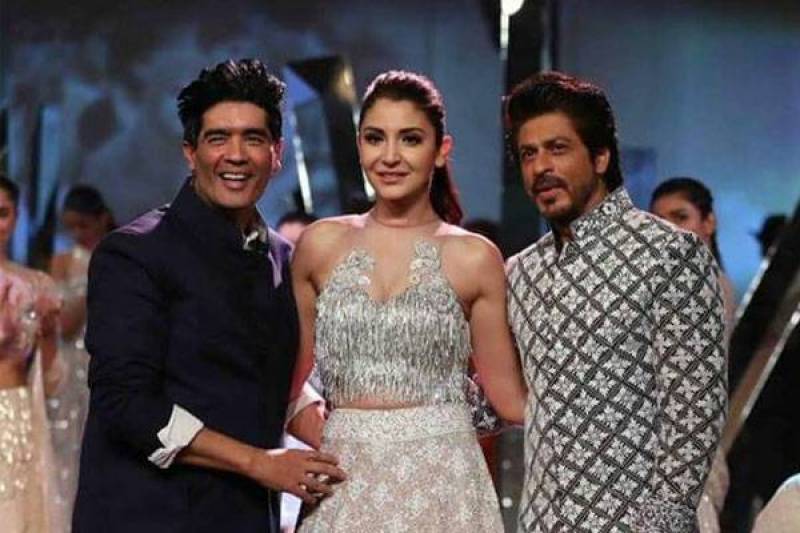 Anushka walked the ramp in a sequined lehenga and a dazzling crop top with fringe details whereas the Baadshah looked majestic in a white chikankari sherwani with black threadwork. At the end of the show, SRK said, "A big thanks to Anushka for standing by me and making me look as beautiful as I look right now. It's only because of her". Shah Rukh quickly added, "and just for Mijwan", before proceeding to croon to his song 'Mitwa' from 'Kabhi Alvida Na Kehna' by replacing 'Mitwa' with 'Mijwan'. Whilst singing, he recreated his trademark arms-wide-open step. Isn't he the cutest? Shah Rukh and Anushka will be soon featured in Imtiaz Ali's upcoming film 'Rehnuma'.