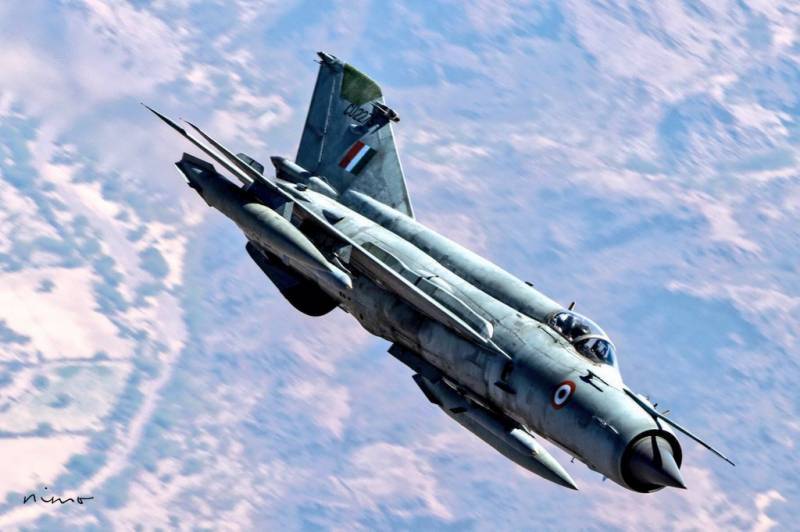 The IAF said in a statement that the MiG-21 had taken off from IAF's Nal airbase in Rajasthan.

"Today afternoon, a MiG-21 aircraft on a routine patrol crashed after getting airborne from Nal near Bikaner," the IAF reported. "Initial inputs indicate the likely cause as bird hit after take off. Pilot of the aircraft ejected safely. A CoI [Court of Inquiry] will investigate the cause of the accident."

On February 27, the Pakistan Air Force had shot down two Indian aircraft after they violated Pakistani airspace over Azad Kashmir.

One of the aircraft, a MiG-21 Bison, had fallen inside Azad Jammu and Kashmir while the other fell in Indian occupied Kashmir.