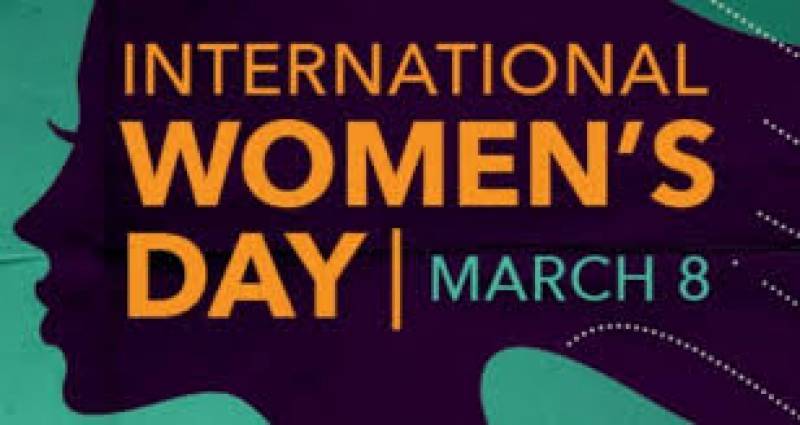 This year's theme for the day is "Women in leadership: Achieving an equal future in a COVID-19 world."

This day celebrates the tremendous efforts by women and girls around the world in shaping a more equal future and recovery from the COVID-19 pandemic.

In 1977 the UN and other international organisations officially declared March 8 as International Women´s Day.

Pakistan is also observing the day and different seminars, conferences and events have been organised in the country to highlight the significance of the role of women in the society.

In a message in connection with the day, Chief of the Army Staff (COAS) General Qamar Javed Bajwa said that Pakistani women contributed immensely for glory and honor of our nation.

Women in uniform have proved their mettle by contributing copiously in diverse fields serving the nation and humanity, the COAS said adding that they deserve our immense respect and gratitude.

In his message pertaining to Women's Day, Foreign Minister Shah Mahmood Qureshi said during the testing times of the COVID-19 pandemic, women in Pakistan demonstrated remarkable resilience and leadership, effectively contributing to our nation's response and recovery.

The foreign minister said we cannot forget the plight of women in Indian Illegally Occupied Jammu and Kashmir (IIOJK) and over the last seven decades, they have endured the worst forms of human rights abuse and oppression at the hands of Indian occupation forces including sexual violence, rape and molestation.

In a message on Twitter in connection with day, Pakistan's Permanent Representative to United Nations (UN) Munir Akram said we reaffirm our collective resolve to redouble efforts in advancing gender equality and respect for women’s rights.

“Pakistani women at the United Nations have provided the most exemplary and effective service and we will continue to further build on our achievements,” Akram said.

The speaker said protection of women’s rights is top priority of the incumbent government, because it is imperative for formation of a progressive society.

In his message on the occasion Minister for Information and Broadcasting Shibli Faraz said that the government is committed to empowerment and social protection of women by providing them equal opportunities of progress and ensuring their rights.

The minister said it is imperative to empower women to make society civilized and progressive.