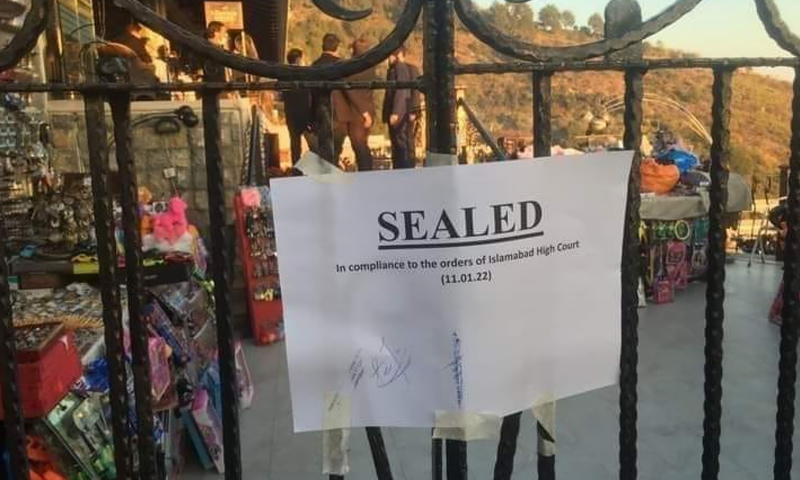 Islamabad (Staff Report/Agencies): The Supreme Court on Tuesday ordered to de-seal Islamabad’s Monal Restaurant, overturning the Islamabad High Court verdict of sealing and taking over possession of the restaurant.

A three-judge bench of the apex court headed by Justice Ijazul Ahsan issued the verdict.

On January 11, the IHC ordered to seal off Monal Restaurant immediately.

During the hearing, Justice Minallah said all rules applied to the three wings of the armed forces. He questioned whether the Pakistan Air Force had gotten approval from the CDA for the constructions it had carried out.

The IHC chief said there should not be any illegal construction by the armed forces as the court did not want to see the forces become controversial. “It is against the public interest,” he added.

The court also ordered the Environment Protection Agency to submit a report on the damages caused by illegal constructions in the national park.