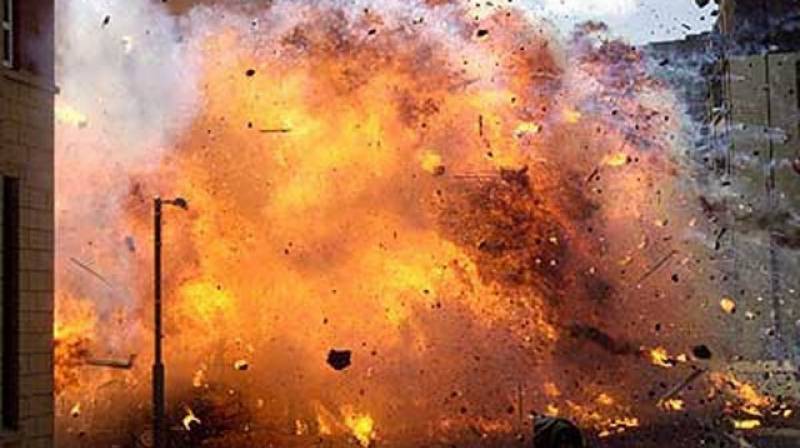 Peshawar (Staff Report): Three officials of Counter Terrorism Department (CTD) and one passer-by were injured in a roadside blast in Khattako Pul area in the suburbs of Peshawar early Monday morning while another improvised bomb was defused outside a school in the same city.

The CTD vehicle was targeted near Khatko Pul. The injured were shifted to Lady Reading Hospital for treatment.

According to hospital authorities, the injured personnel were identified as Akbar Ali, Israr and Nizar, while the passer-by's name is Wali-ur-Rehman.

Earlier today, an Improvised Explosive Device (IED) went off outside a in Urmar area on Shamshato Road.

Police reported that two Improvised Explosive Devices (IEDs) were found installed outside Girl’s primary school in Urmar area on Shamshato Road, out of which one exploded while the other was defused by the Bomb Disposal Squad.

The school gate was damaged in the explosion while no causalities were reported.