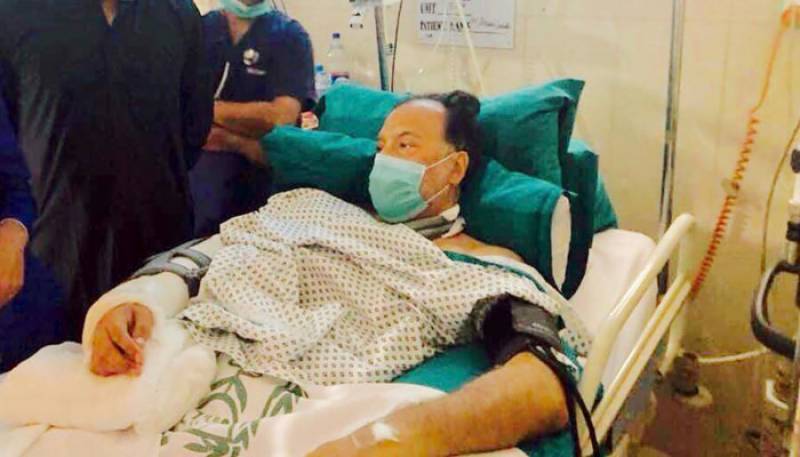 Lahore (Web Desk): The Interior Minister Ahsan Iqbal who is admitted in Services Hospital Lahore, on Tuesday has been shifted to a private room from ICU.

The interior minister, who belongs to the ruling Pakistan Muslim League (PML-N), suffered a bullet wound in his right arm and abdomen when an armed attacker opened fire on him in Kanjrur area of Shakargarh.

The doctors operated two surgeries. Now the interior minister is out of danger and has been shifted to a private room after keeping him in the Intensive Care Unit (ICU) for next 24 hours.

On the other hand, a man who was arrested following assassination attempt on Interior Minister has confessed and said that he purchased pistol from his own area for fifteen thousand rupees (Rs 15,000) and targeted Ahsan Iqbal as it was easy to target him being in the same area.