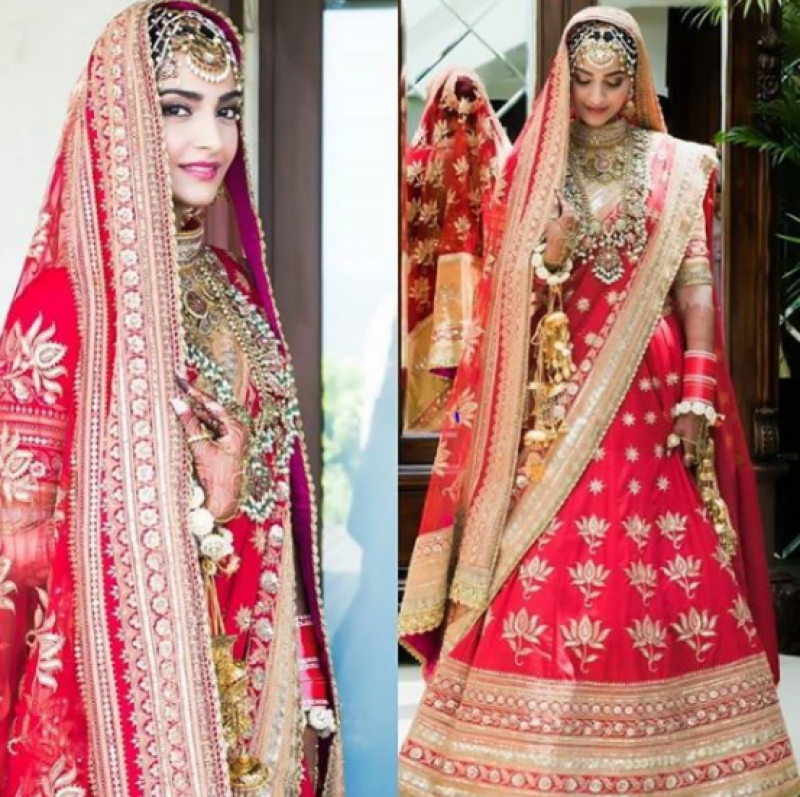 According to details, Sonam Kapoor, dressed up in a traditional red outfit and jewelry, made a glowing bride as she reached the venue. However, groom Anand Ahuja has chosen a light brown bandhgala for the occasion.

Sonam and some others have shared some clicks from the ongoing ceremony.

The couple will get married as per Sikh traditions at Sonam’s aunt's bungalow in Bandra.

The ceremony will be followed by a lunch and a reception for the newly-weds will be hosted in the evening.