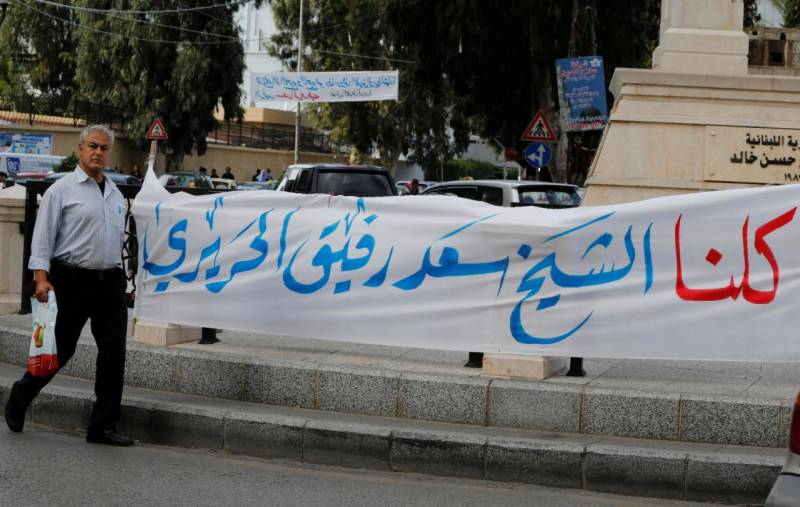 Beirut (Reuters): Saudi Arabia has opened a new front in its regional proxy war with Iran, threatening Tehran’s powerful ally Hezbollah and its home country Lebanon to try to regain the upper hand.

With Iranian power winning out in Iraq and Syria, and Riyadh bogged down in a war with Iran-allied groups in Yemen, the new Saudi approach could bring lasting political and economic turmoil to a country where Tehran had appeared ascendant.

The resignation on Saturday of the Saudi-allied Lebanese prime minister Saad al-Hariri, announced from Riyadh and blamed on Iran and Hezbollah, is seen by many as the first step in an unprecedented Saudi intervention in Lebanese politics.

“The Saudis appear to have decided that the best way to confront Iran is to start in Lebanon,” a European diplomat said.

Riyadh is blaming Hezbollah for the resignation of Lebanon’s preeminent Sunni politician, accusing it of “hijacking” Lebanese politics. But Saudi Arabia is also widening blame to Lebanon as a whole, saying it too has declared war on the Kingdom.

A Saudi minister has made the near impossible demand that Lebanese act against a group that is a major part of Lebanon’s political fabric and far more powerful than the weak state, with a guerrilla army that out guns the national military.

Coinciding with a major anti-corruption purge of top Saudis, Hariri’s shock announcement has given rise to suggestions from Hezbollah and others that his Saudi business interests had embroiled him in the probe and he was forced to resigning.

Saudi Arabia and Hariri’s allies deny that, and assertions that Hariri is under house arrest. They say his hand was forced by Hezbollah interventions in Arab countries in service of Iran.

Saudi Foreign Minister Adel Jubeir said Hezbollah had been “calling the shots” in the Hariri government, which included two Hezbollah ministers and was formed last year in a political deal that made Michel Aoun, a Hezbollah ally, head of state.

Hezbollah and its allies will struggle to form a government without Hariri or his blessing, leaving Lebanon in a protracted crisis that could eventually stir Sunni-Shi‘ite tensions, though there is no sign of this yet as all sides urge calm.

Announcing his resignation, Hariri cited an assassination plot against him and slammed Iran and Hezbollah for sowing strife and trying to “kidnap” Lebanon away from the Arab world. The declaration came as a surprise even to Hariri’s aides.