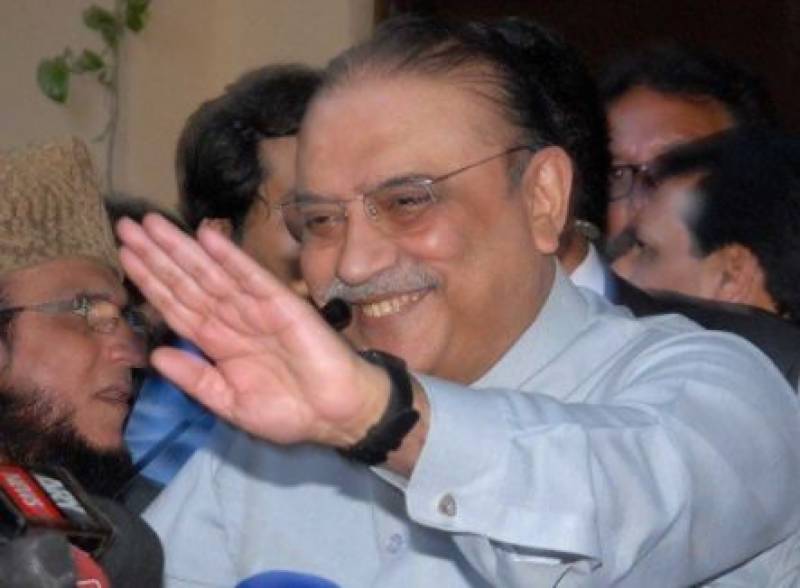 Khairpur (Staff Report): Former president and Pakistan Peoples Party (PPP) co-chairman Asif Zardari has said that a National Reconciliation Ordinance (NRO) was given to the protesters who staged sit-ins across the country following a Supreme Court verdict acquitting Asia Bibi in a blasphemy case.

“The clerics who used derogatory language were given an NRO,” said Zardari while talking to the media here on Thursday. “Those 1,200 poor people who were captured on TV will be arrested but an NRO was given to those who levelled the allegations,” the former president stated.

“When we were in the government, we worked. We paid people for their land and prepared a feasibility draft for Bhasha Dam,” he added.

Pointing to PPP leader Manzoor Wassan, who was accompanying him, Zardari said, “Wassan dreamt that the incumbent Pakistan Tehreek-e-Insaf (PTI) government will not complete its term.”