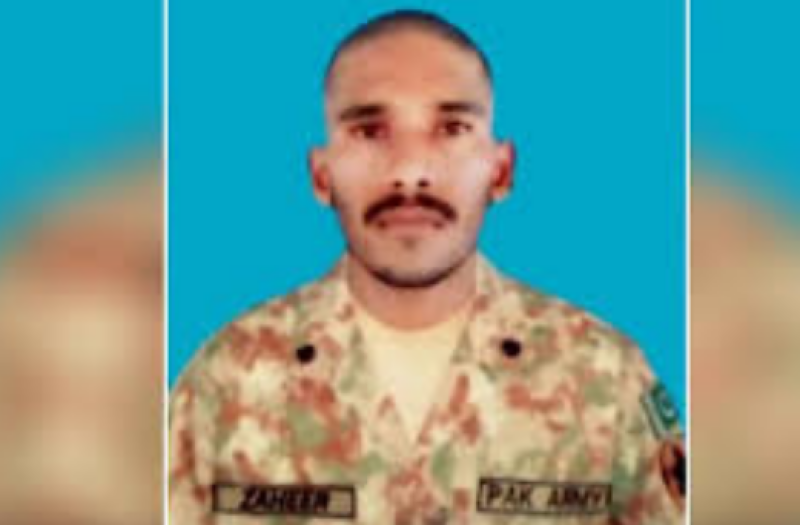 Rawalpindi (Staff Report/Agencies): A soldier embraced martyrdom in unprovoked Indian firing along the Line of Control (LoC) on Thursday.

According to a statement issued by the Inter-Services Public Relations (ISPR), Sepoy Zaheer Ahmed was martyred in Thub Sector of LOC due to unprovoked firing by Indian troops.

He belonged to Sultan Pur village, Tehsil and District Bhimber, and is survived by a widow.

Pakistan Army troops retaliated effectively and engaged the enemy’s posts that were involved in the unprovoked fire, the ISPR statement added.