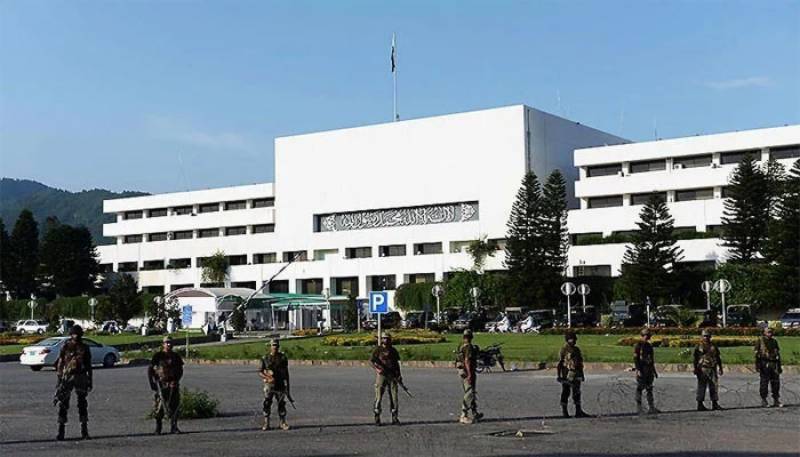 Parliamentarians, part of the national security committee participated in the meeting.

According to a statement issued by the National Assembly Secretariat, military officials briefed the political leadership about the emerging situation in Afghanistan and the overall affairs of the national security.

The participants were briefed about regional and political challenges, especially the situation in Indian Occupied Jammu and Kashmir, and Afghanistan, the statement said.

The committee was informed that Pakistan desires a peoples’ representative government in Afghanistan and Islamabad would continue all-out support for peace and stability in Kabul.

Pakistan played a responsible and positive role for peace in Afghanistan, the committee was told.

It was further apprised that Pakistan believes that peace in Afghanistan would pave for regional peace and development.

The participants of the meeting were informed that Pakistan is making every effort to ensure that the current situation does not give rise to another humanitarian and economic crisis which would add to the plight of the people.

While talking to media after the meeting, Foreign Minister Shah Mahmood Qureshi said wide range of national security related issues were discussed during the meeting.

Speaking to the newsmen, Interior minister Shiekh Rashid said the briefing had a positive environment. He added that no decision was taken in regards to the Tehreek-e-Taliban Pakistan (TTP).

The previous meeting of the PCNS was held In September to discuss the unfolding developments in Afghanistan.