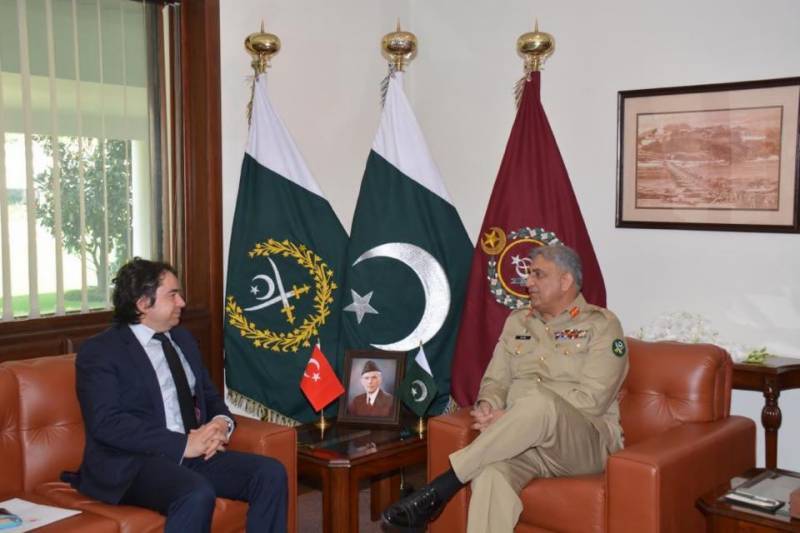 According to Inter Services Public Relations (ISPR), the Turkish envoy met the army chief at the General Headquarters in Rawalpindi.

Matters of mutual interest, including regional security issues, were discussed during the meeting, ISPR added.

FM Mevlut Cavusoglu and General Qamar Javed Bjawa focused on Pak-Turkey relations, regional security including evolving situation in the Middle East and management of defence and security cooperation between both the countries.

The Turkish foreign minister had acknowledged and appreciated Pakistan’s contributions for conflict prevention in the region and had also pledged to keep working for better relations between the two brotherly countries.