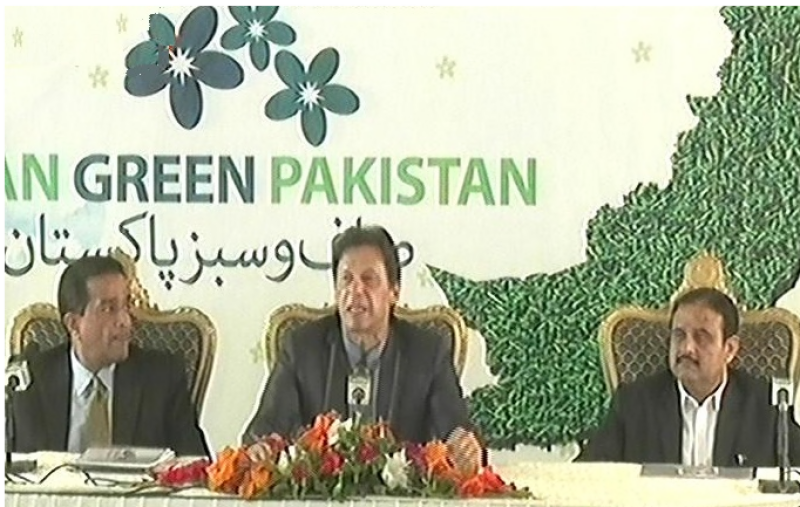 Addressing the ceremony, the prime minister said that a country-wide campaign for cleanliness would be launched that would be sustained over the next five years.

He said that the President, governors, chief Ministers and ministers would participate in ceremonies aimed at making Pakistan clean and green.

The PM said that the dumping sites would be created at village and Tehsil level for disposal of solid waste.

Waste-to-Energy projects would be undertaken around these sites for generation of electricity to meet local requirements of power, he added.

A cleanliness competition would be held at tehsil level after every two months and the concerned officials would be rewarded or penalized on the basis of state of cleanliness in their areas of jurisdiction after every six months.

"The government, civil society, and students will participate in this initiative. We will also appoint ambassadors of Clean Green Pakistan," the prime minister said, adding he was hopeful that the cleanliness drive will grow after people will see visible changes in their surroundings.

PM Imran Khan announced that the government will take religious scholars on board.

He said that the government will request the prayer leaders in mosques to appeal to the people to take part in the cleanliness drive.

The PM said that the government will eradicate the deficit of toilets in the country by 2023.

He said orders have been issued to all petrol pumps and CNG stations to keep their toilets neat and clean and they would be penalised in case of non-compliance.

PM Imran Khan announced that the employment opportunities will be created for the youth through the campaign.