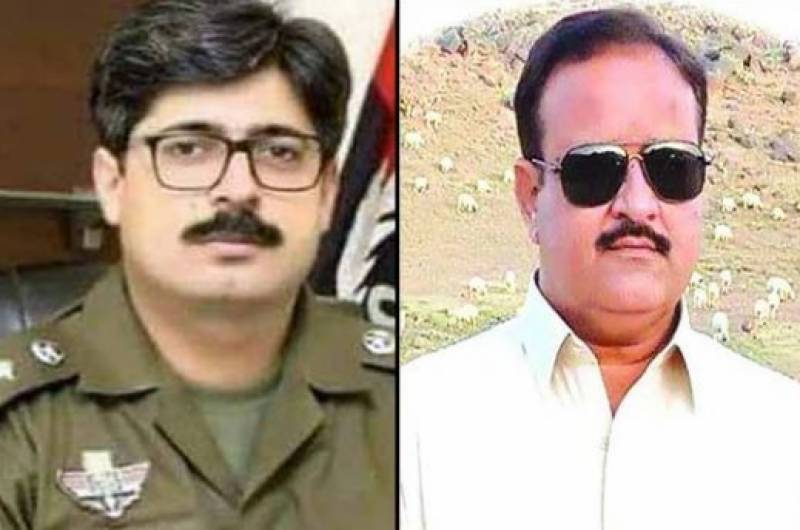 Accepting the apologies, the bench warned all respondents that the case would be reopened if similar complaints would be received by the apex court in the future.

"Be cautious during the remaining period of my tenure as chief justice," the CJP advised. "Ahsan Jamil Gujjar your unlawful behaviour won't be tolerated here. This is Pakistan." In response, Jamil said that his apology was sincere. "We know that your apology is not sincere," CJP Nisar said, noting that Jamil's actions were condemnable.

The SC bench had given the respondents two options: either to accept Lak's report and submit written apologies or face a probe by the apex court. All three respondents to the case had accepted the second option.

Moreover, the chief justice lauded Investigation Officer Lak for presenting his report without fearing consequences. "We congratulate you on presenting your brave report. These politicians can do nothing for you, your reward awaits you in the hereafter," Justice Nisar said.

Earlier as the hearing went under way, the chief justice expressed anger over the reply submitted by the chief minister, Ahsan Gujjar, who had approached the CM for the transfer of the police officer, and former IG Punjab Kaleem Imam on an inquiry report prepared by National Counter Terrorism Authority (Nacta) chief Maher Khaliq Dad Lak into the matter.

In his response submitted to the Supreme Court, the chief minister stated he had never misused his authority and that he believed in the supremacy of the law. It was further stated that the report of Nacta chief was based on assumptions and could not be relied on.

"What kind of language have you and Punjab CM used for Khaliq Dad Lak? You are writing this for an excellent officer," Justice Nisar said while addressing the Punjab advocate general.

Remarking on the probe into the case, the chief justice said he could order a joint investigation team to investigate the matter. He further noted that the Punjab AG had raised objections of personal nature against the inquiry officer.

"What exactly changed about the DPO that he was transferred in the mid of the night?" the chief justice remarked.

In response, former Punjab inspector general of police (IGP) Kaleem Imam expressed regret and sought the court's forgiveness. "I am sorry for my mistake and leave myself on the mercy of the court," Imam said.

Responding to Imam's apology, Justice Nisar directed both him, the Punjab CM and Jamil to submit a written apology to the court.

After the court remarks, the Punjab CM along with Jamil and Imam took back their replies to Lak’s report.

Justice Nisar said that the court will take decision after reviewing the written apologies.

On October 3, an inquiry report was submitted, stating that Gondal was transferred on the basis of political intervention. It further added that orders for the transfer of the police officer in the middle of the night came from the chief minister’s office.

Punjab IGP Kaleem Imam, soon after the reports rejected the reports that The DPO was transferred under any political pressure and stated that Gondal was removed due to his misleading statements about misbehaving of police officials with a citizen.