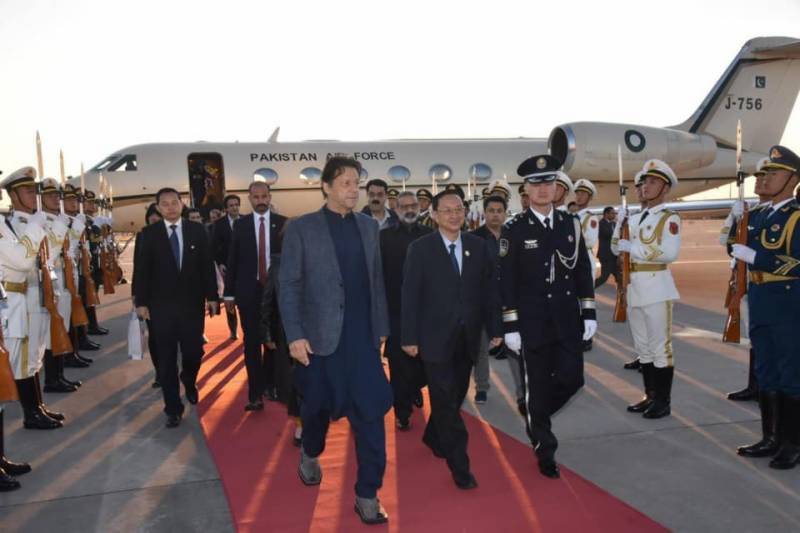 The prime minister will meet the Chinese leadership and exchange views on regional developments including the state of peace and security in South Asia arising from the situation in occupied Jammu & Kashmir since 5 August 2019, the Radio Pakistan reported.

There will be interaction with senior representatives of the Chinese business and corporate sector for deepening bilateral trade, commercial and investment partnership.

The prime minister will also attend the closing ceremony of the Beijing International Horticulture Expo, as the chief guest.

“The visit of the prime minister is in continuation of the long-established tradition of the leaderships of the two countries meeting regularly and consulting closely on bilateral, regional and international issues of mutual interest,” said a statement issued by the Foreign Office on Monday.

“The visit will be instrumental in further cementing Pakistan’s economic, investment and strategic ties with China,” the statement said.

The prime minister will apprise the Chinese leadership of the government’s efforts to project CPEC as a High-Quality Demonstration Project of BRI (Belt and Road Initiative),” it added.