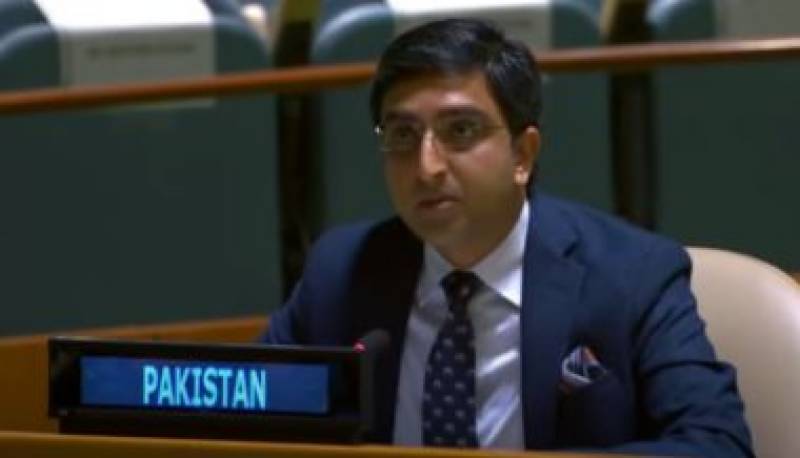 Utilising Pakistan’s Right to Reply at the Sixth Committee General Debate during the 75th Session of the UN General Assembly in New York, Pakistani diplomat Jehanzeb Khan said India has used “terrorism as an instrument of its coercive policies against every one of its neighbors”.

The diplomat emphasised that New Delhi had especially used the policy against Pakistan and its Muslim population, particularly in the parts of Kashmir it has illegally occupied. “Over the last decade, thousands of Pakistanis have been killed or injured as a result of these Indian-sponsored terrorist attacks,” he maintained.

Khan said that India is “financing and organising secret mercenary terrorist organizations” based outside Pakistan to carry out attacks to impede CPEC’s implementation.