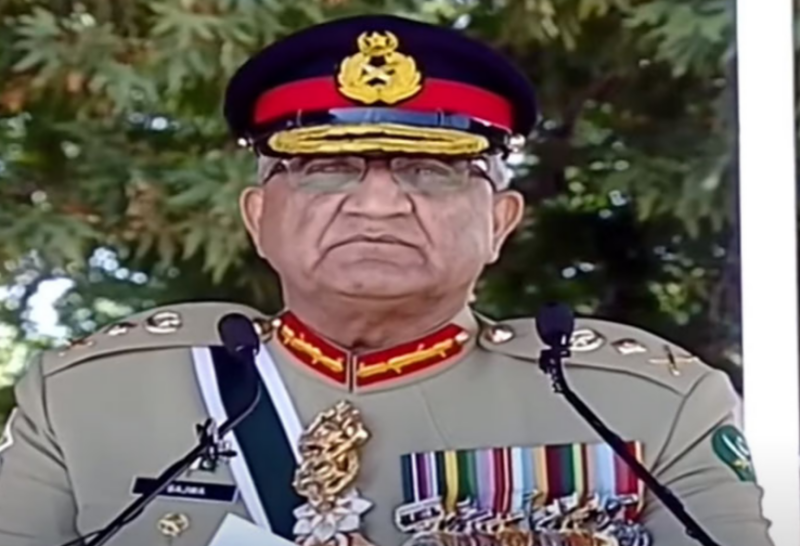 Addressing the ceremony, the army chief emphatically stated that the armed forces with the support of the citizens will never allow any country, group or force to politically or economically destabilise Pakistan.

The COAS said that Pakistan is peace loving country and in its quest for peace has extended sincere and all out efforts to evolve good neighbourly relations with all neighbours and regional countries.

"We are trying our best to break the political logjam which has denied the countries of South Asia to move forward and resolve all regional and bilateral issues in a peaceful and dignified manner," the COAS said.

He added that this can only happen with sustained economic growth, development and above all lasting peace. Therefore we must try hard to keep flames of war away from the region.

The COAS said we must give peace a chance by developing a mechanism to resolve all bilateral issues peacefully. He said we should collectively fight hunger, poverty, illiteracy, population explosion, climate change and disease.

General Qamar Javed Bajwa however said Pakistan's desire for peace should not be construed as its weakness.

"No one should make any mistake about our collective resolve to defend our core interests and every inch of motherland," the COAS said, reminding that we have paid both in blood and kind to safeguard the country's sovereignty and integrity.

The COAS said that Pakistan Army with the full support and confidence of the nation turned the tide against terrorism in the last  two decades and ensured that organized terrorism is decisively rooted out from Pakistan.

"This is indeed a unique accomplishment that not many countries or armies can claim," he added.

Commending the exemplary show of discipline and professionalism by the cadets, the army chief expressed the confidence that the prestige, security and safety of our country is in safe hands.

He advised the cadets to always remain focused on their job and never get distracted by fake news and political wrangling in the country.

The COAS also advised them to respect the democratic institutions and be always ready to defend the territorial integrity, sovereignty and constitution of Pakistan with their life.