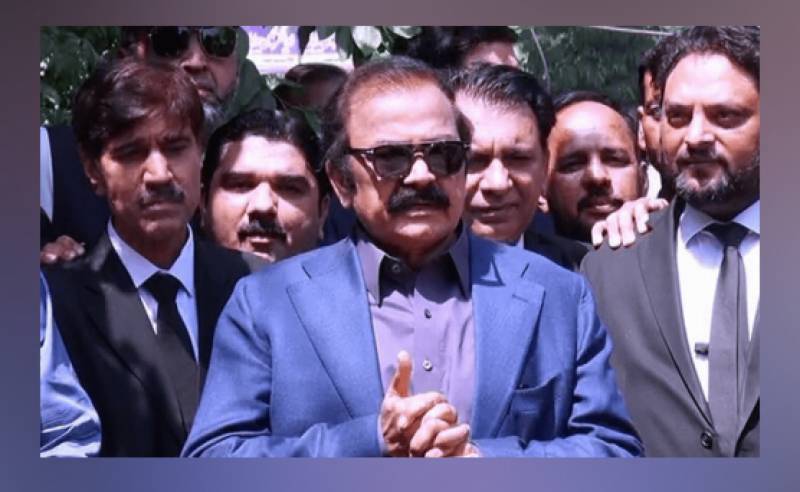 As per the court order, the PML-N leader was was nominated in an first information report (FIR) and his arrest “is necessary in the case, so non-bailable arrest warrants of the accused may be issued”.

"Records reflect that contention of the investigating officer is genuine, hence, the same is accepted in the interest of justice and non-bailable arrest warrants of the accused namely Rana Sanaullah is issued accordingly,” the order stated.

The development was also confirmed by the ACE Punjab.

A spokesperson of ACE Punjab said that arrest warrant for the minister was issued after he failed to appear in an inquiry.

The development comes a day after two Pakistan Tehreek-e-Insaf (PTI) leaders were reportedly taken into custody the Federal Investigation Agency (FIA) on Friday.

Senator Saifullah Khan Nyazee was reportedly taken into custody from outside the premises of the upper house of Parliament in Islamabad while PTI's founding member Hamid Zaman was arrested from his office on Waris Road in Lahore.

As mainstream and social media claimed the (FIA was behind the arrest, the agency had issued a statement rejecting such reports.

In a tweet on Saturday, the minister said that this is a conspiracy to spread chaos to divert attention from the corruption of the foreign-funded agent. Imran is playing with national security and fooling the people, she added.