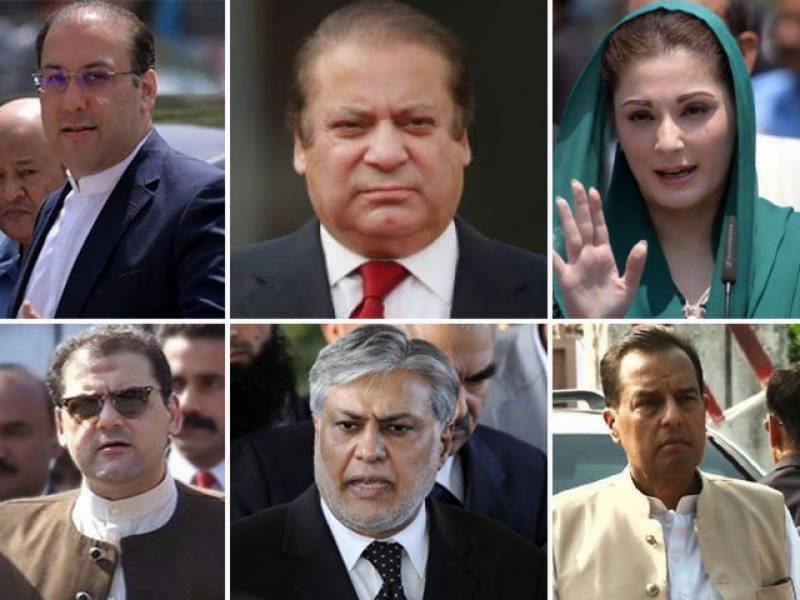 NAB spokesperson Nawazish Ali confirmed that all the references have been accepted for trial and nothing has been sent back.

According to sources, three of the references are against former prime minister Nawaz Sharif, his daughter Maryam, son-in-law Capt (retd) Safdar and sons Hussain and Hasan while another is against Dar.

If convicted, the accused can face up to 14 years imprisonment and lifelong disqualification from holding public office including the freezing of bank accounts and assets.

The references have been filed in light of the Supreme Court's July 28 decision in the Panama Papers case. The bureau was given six weeks, from the date of the court's order, to file the reference in an accountability court while the court was granted six months to wrap up the proceedings.