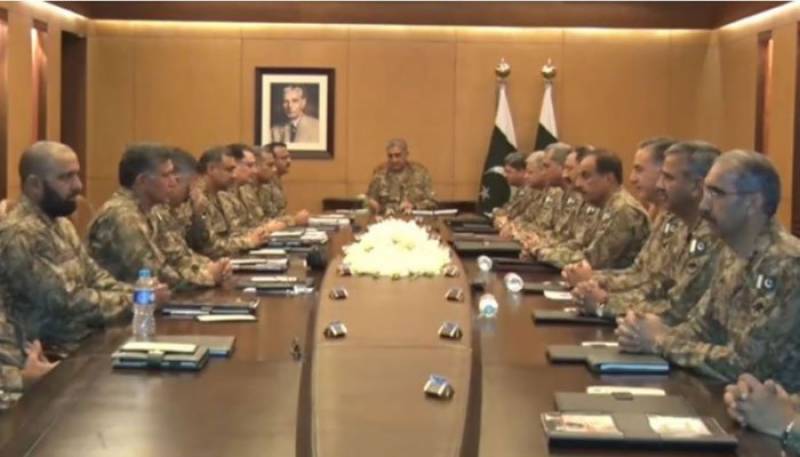 According to ISPR statement, the forum discussed internal and external security situation of the country and progress of operation Radd-ul-Fasaad.

The statement informed further that this was the first meeting of the army's top commanders following US President Donald Trump announced his new South Asia policy on August 22.

Since then, Pakistan has taken a strong stance against the 'anti-Pakistan' policy, with the military leadership holding several meetings with the civilian government.

At the last corps commanders' meeting on August 7, the COAS expressed full satisfaction at army’s commitment to national defence and security and directed that efforts must continue to defeat terrorism and militancy in order to establish rule of law and uphold supremacy of the Constitution.

The COAS had said, “We look forward to a trust based mutual cooperation in this regard which can achieve the policy ends of enduring regional peace.”