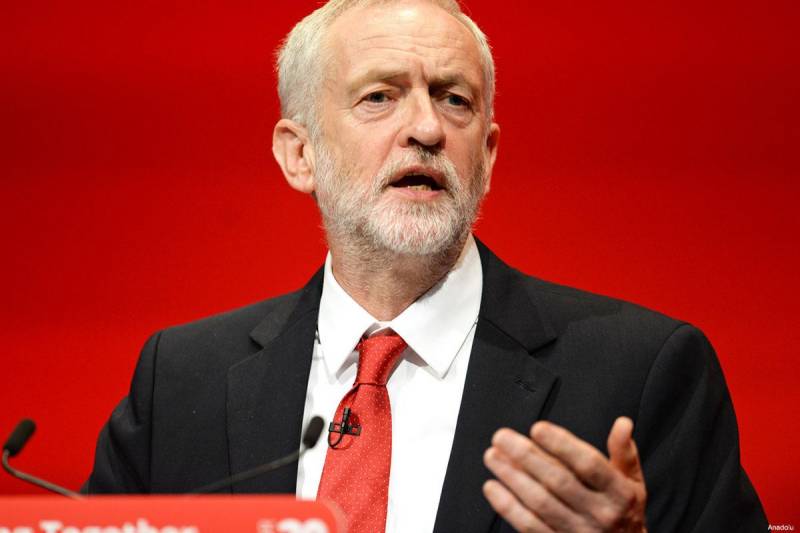 England (Web Desk): Britain’s Labour party Chief Jeremy Corbyn, remarked in a reply to US President Trump’s policies on Thursday, that Pakistan is a country which should be treated respectfully and states should not criticise it.

According to details, the British politician opposed Trump’s decision to deploy more US troops to Afghanistan saying it is the continuity of the failed US policy.

While opposing USA’s failed policy Jeremy Corbyn said, “I do not support it. The solution to the Afghan issue lies in political dialogue.”

In his interview with media, Corbyn said, “Pakistan is a country which should be treated with respect and it should not be criticised from outside.”

Corbyn added that all the countries will have to play all-possible roles to eradicate terrorism and it applies to everyone.

Over the concern about the killing of Rohingya Muslims in Myanmar, Corbyn appealed to Myanmar leader Aung San Suu Kyi to show commitment to human rights in her treatment of the Rohingyas.

Speaking about rise in hate crimes against Muslims after Manchester and London Bridge attacks, he said such crimes, whether they are against Muslims, Jews or against any religion, are condemnable.

“We all, being a community, are united against these attacks,” Corbyn added.

Earlier, Trump cleared the way for the deployment of thousands more US troops to Afghanistan, backtracking from his promise to rapidly end America’s longest war while pillorying ally Pakistan for offering safe haven to “agents of chaos.”

Further with a warning to cut the vital aid he said,  “We have been paying Pakistan billions and billions of dollars at the same time they are housing the very terrorists that we are fighting.”